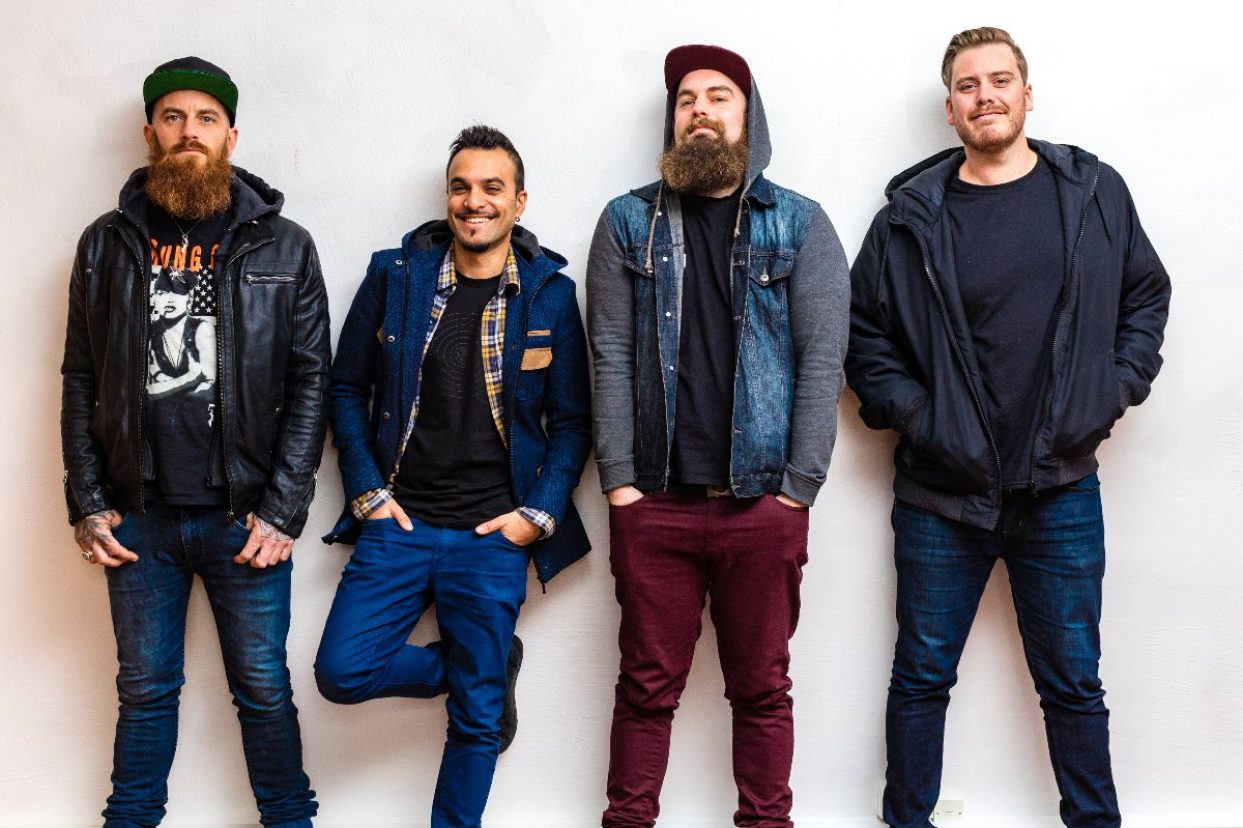 Take fireball vocal powerhouse Dity and the hard hitting, harder grooving Raven brothers, bind them together and you get Coridian. It’s the four piece Auckland based group who are fast becoming one of the best new names in Kiwi rock. A combination of emotive lyrics and heavy, yet still ambient sound has crafted the band’s signature style. It’s been described as “impressive, power and pitching and big crunchy walls of guitar” and “slick rock ballad wrapped in a metal coating.” (muzic.net.nz)

And the boys are becoming crowd favourites for their massive shows, tight performances and catchy sounds.

They’ve worked with some of the best names in NZ music including Zorran Mendonsa (New Way Home, Set On End) and Forrester Savell (Shihad, I Am Giant, Karnivool). They’ve toured extensively around NZ, performing with high profile NZ acts such as Skinny Hobos, Silence the City, Armed in Advance, Curlys Jewels and Diamond Doll.

Coridian’s first EP Oceanic was released in August 2015, and includes the tracks Fight or Flight, Brave Disguise, Alexandria (also their first single) and Frogs and Crossbones. Following on from the success of this, they released singles Blind Faith (2016) and their latest single, Reflections (2017). Nov 2017 will see the release of their anticipated 2nd EP “Caldera” accompanied with a tour and festival shows (Supporting the Devilskin Tour & the New Plymouth Tattoofest)