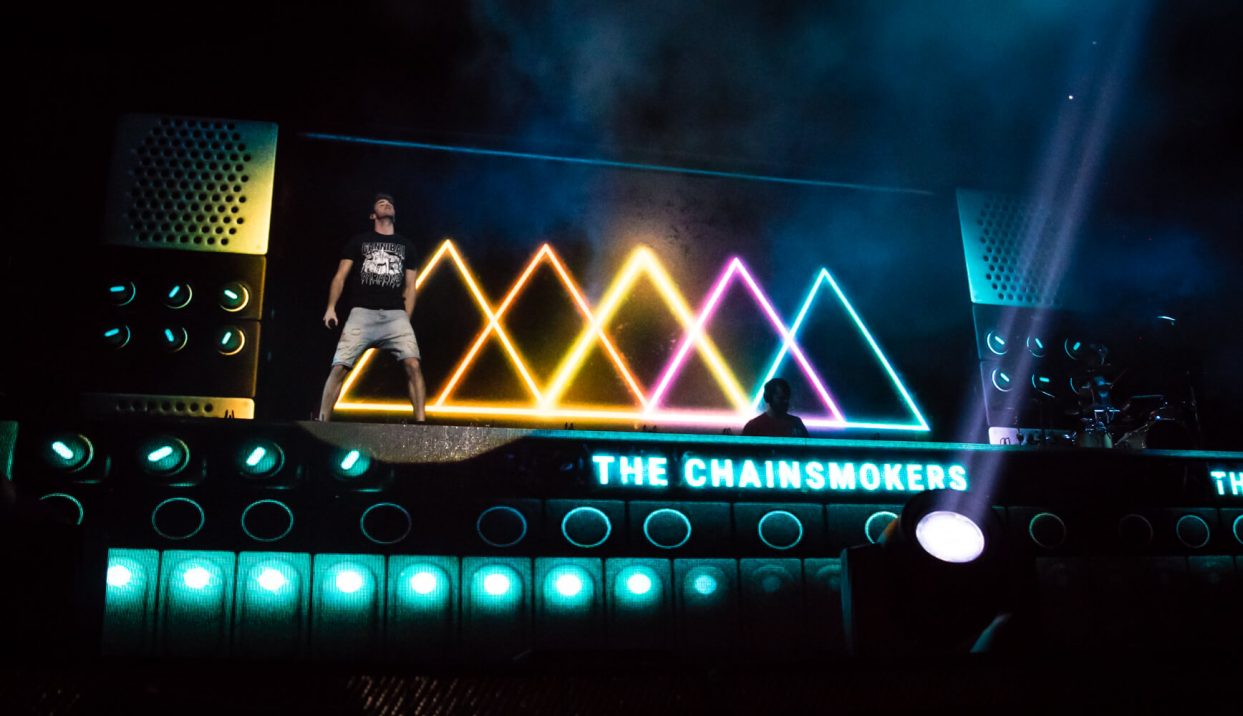 The Chainsmokers are an American DJ/Production Duo made up of Andrew Taggart and Alex Pall. Hailing from New York, the Grammy Award-winning and global sensation rose to fame with their 2014 song “#Selfie”, and have since released two EP’s and a debut studio album, which shares the name with their massive US tour and sell-out shows around the globe.

I arrived to watch the two opening acts of the night, Chores and LDRU who both had audiences happily entertained and at times, dancing along. Local DJ’s Chores warmed up the crowd first with more background music and they were followed by Australian DJ LDRU, who picked it up a bit more with his signature sound of future bass, both groups showcasing some of their own songs and even bringing out live vocalists.

Breaking the trend of musicians arriving to stage hours late, The Chainsmokers promptly appeared at 9.15 and for the next hour and a half, entertained an ecstatic audience with a combination of their hit songs, heavier trap and occasional dubstep tunes (My Shazam was working overtime during this), pyrotechnics, amazing visuals and a live drummer. 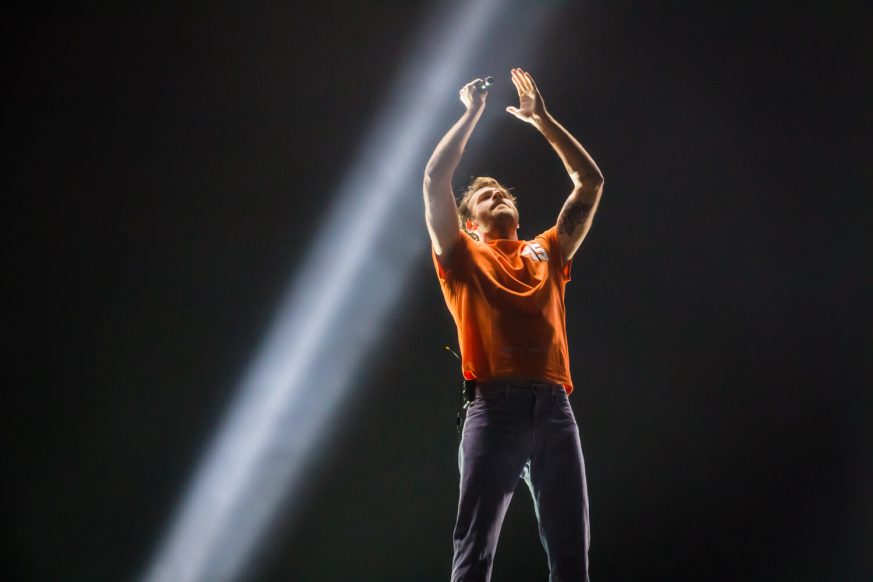 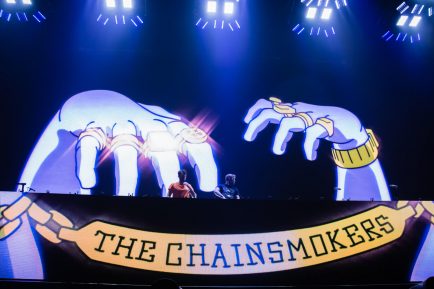 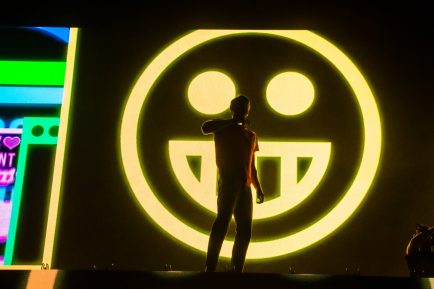 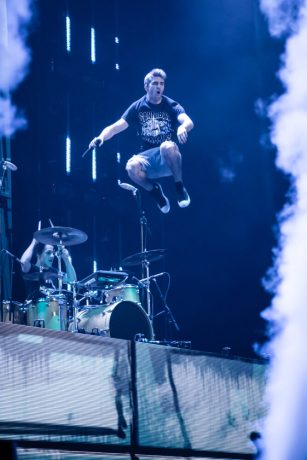 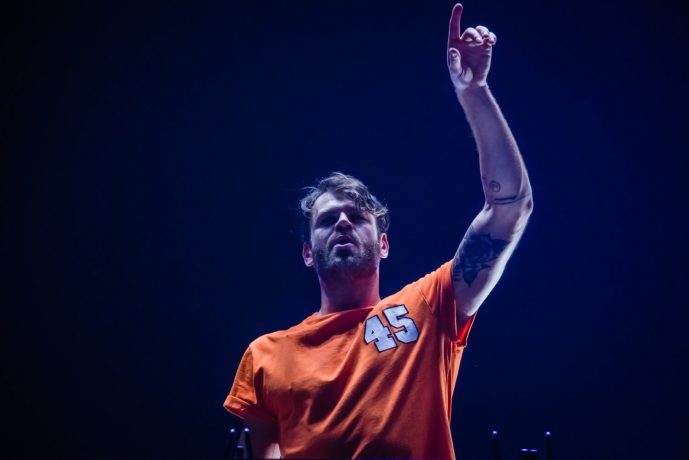 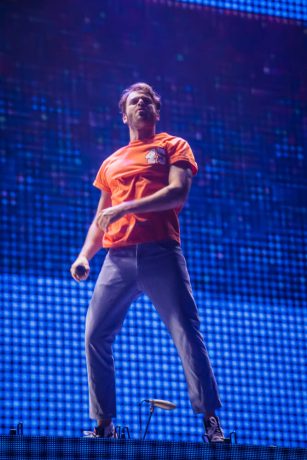 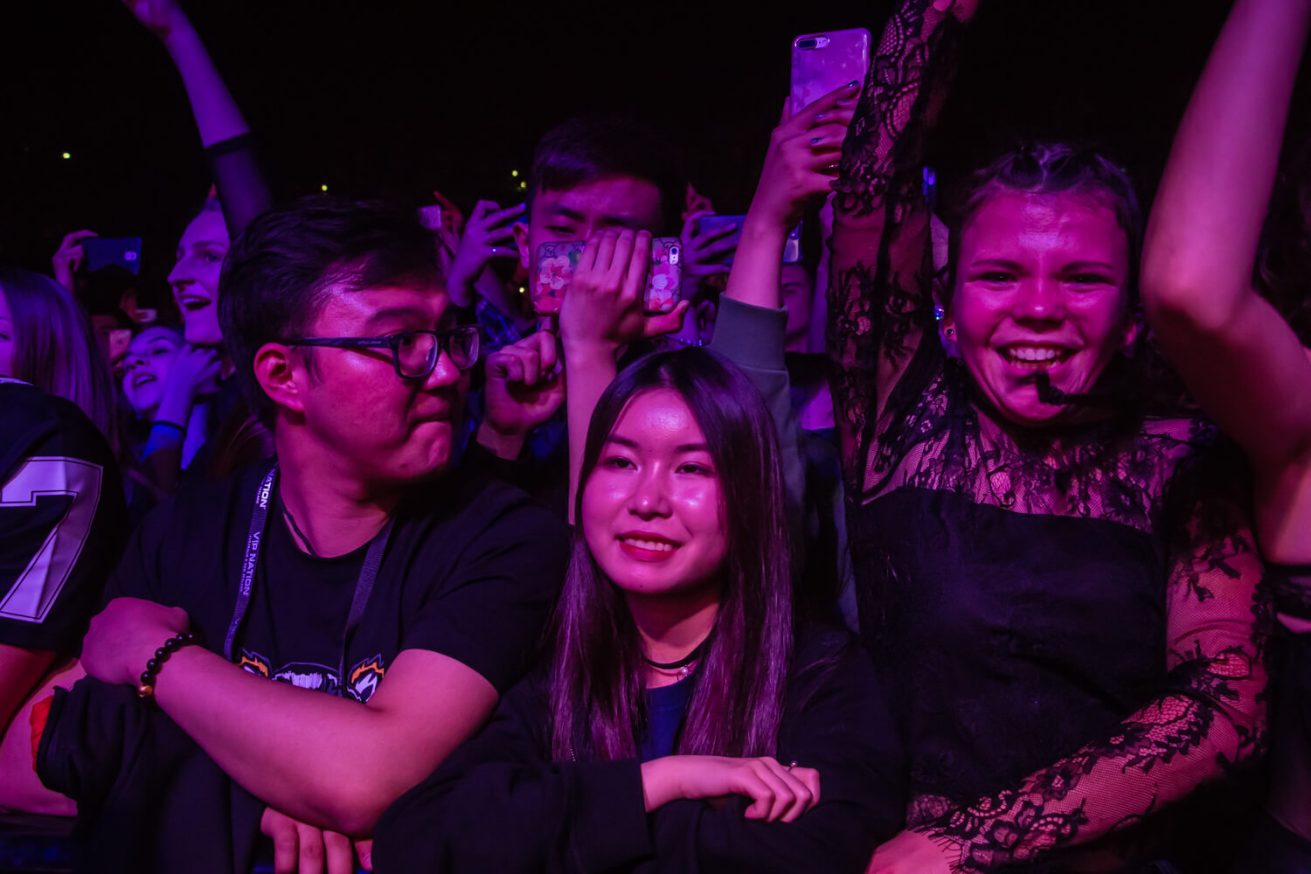 What really stood out to me was that they were able to make it a whole experience and not just watching two DJ’s stand behind the decks.

They often moved out from behind there with Andrew singing and Alex swapping between DJing and playing the piano. The stunning graphics displayed behind them telling the story behind some of their songs and during the heavier parts, displaying either hilarious or captivating visuals, there was rarely a moment my eyes weren’t glued to the stage. Having the insanely talented Australian drummer, Matt McGuire, playing along to their original songs and having a drum solo with pyrotechnic drumsticks was also amazing and made you feel at times you were at a rock concert, forgetting the EDM label of the show. It was a perfect balance between high energy and chilled moments which I feel catered to the vary diverse ages of the crowd there on the night.

The show was definitely an experience which I feel added a whole new level to the Chainsmokers’ music and I’d have to admit, changed my pre-notation of how it would be going and even left me wanting to check out their album. I left having enjoyed the show, to say the least; definitely worth the money.