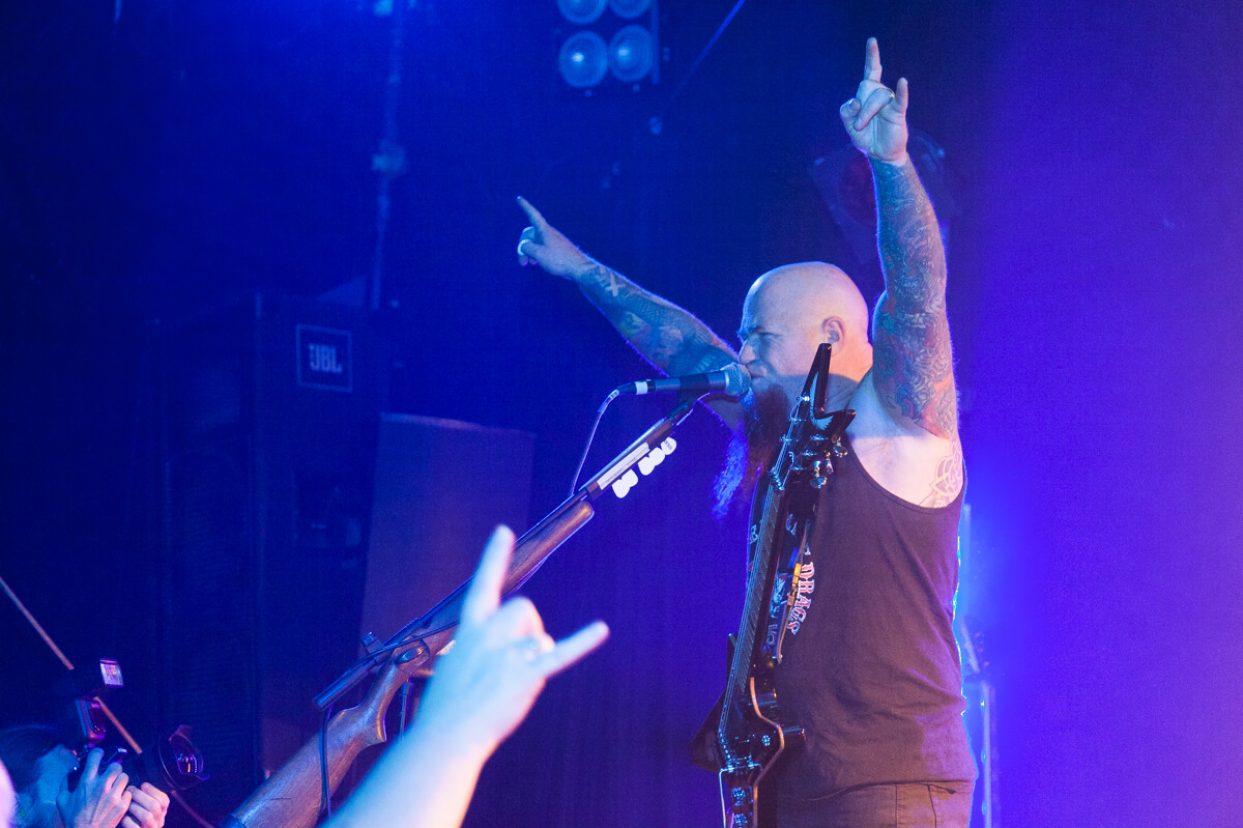 The biggest party of the year for the Tron, Paul Martin’s enduring Gemini 28 promised loud music, revelry…and plenty of whisky.

Words and photos by Jacko Andrews

Now, I love’s me a damn good party, and no one parties harder than a metal fan, so Gemini 28 was preordained to be a hell-raiser.

Tonight was your typical collection of black t-shirts, black jeans and black lippy – but unlike your average metal gig everyone had their best black t-shirt on.  There is respect around here for Gemini, Hamiltons favourite son’s birthday bash of the year, not to be missed by anyone connected with the Waikato metal scene.

The evening started sedately enough as the early arrivers were treated to guitarist Andy Starr performing solo on stage to some fairly well-made backing tracks, covering almost everything from AC/DC to GnR, medley style.  30 minutes into the performance I was starting to count the lights in the ceiling, as there’s only so much ‘dude on stage shredding a guitar’ I can take, there is no doubt Star has some incredible skills – just, for crying out loud, someone go play drums and bass with him.

Despite the bitter cold, everyone was in good spirits…before the spirits started to flow in earnest.

Organiser Paul Martin did a standup job as MC for the night, introducing the bands and ensuring everyone shut the fuck up while he talked.

8Fourty8 took to the stage getting the night started with a solid collection of originals with tastefully chosen Led Zepp and Deep Purple covers.  All four Koretz brothers displayed top musicianship, particularly Sam and Simon sharing bass and guitar duty. Though the covers tunes were fine, I was hoping they’d spend a little more time on the original compositions as they had some slinky metal grooves going on, really enjoyable stuff.

A treat for all was the beautiful aerial work from performer Ellie May Marshall, AKA DizzE Doll, displaying aerial acrobatics and contortions on the silks, then later in the night on with the hoop.  Ellie did well to hold the audience’s attention with well-chosen music emphasising her captivating performances. 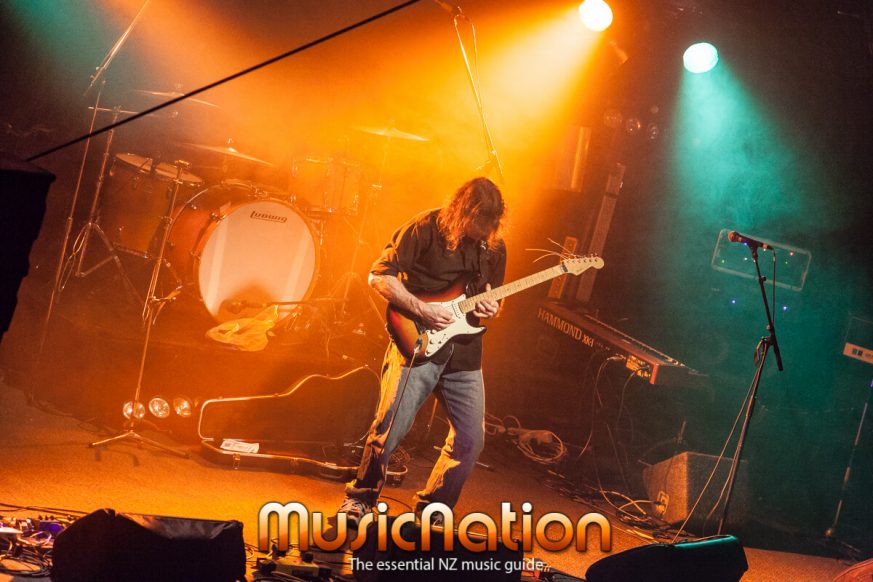 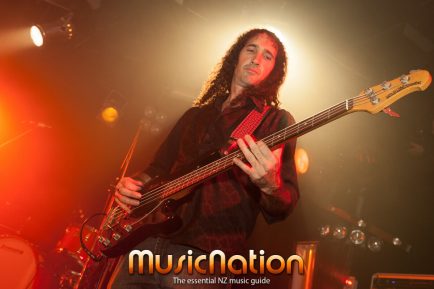 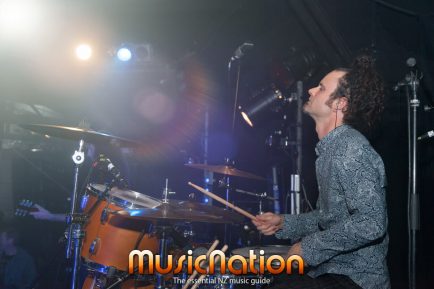 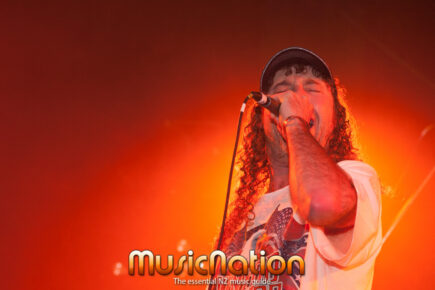 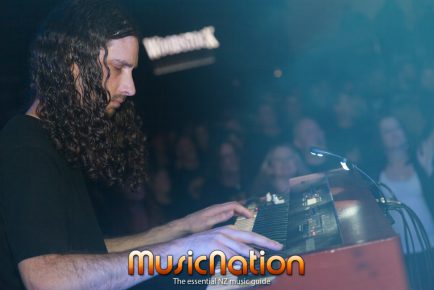 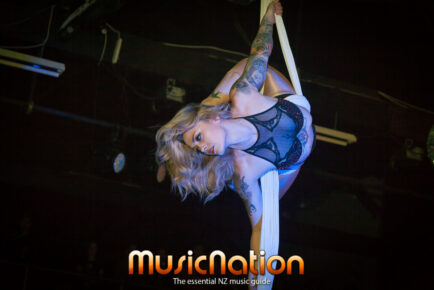 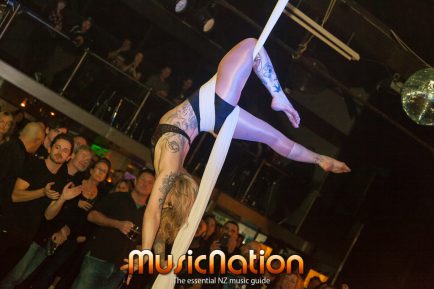 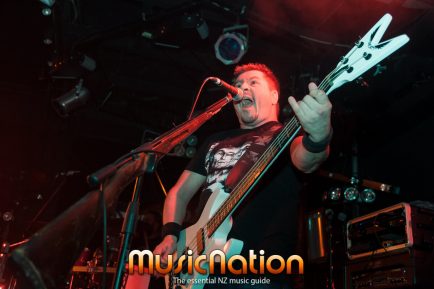 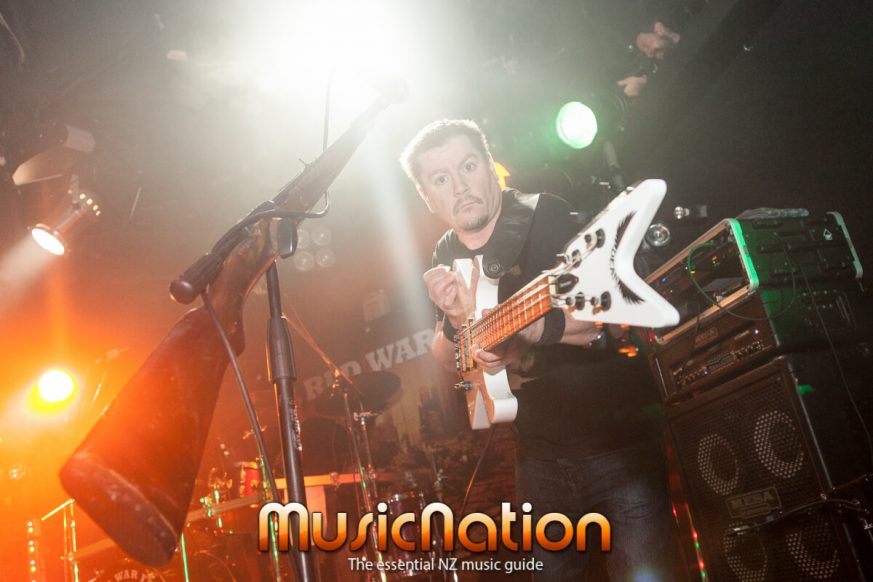 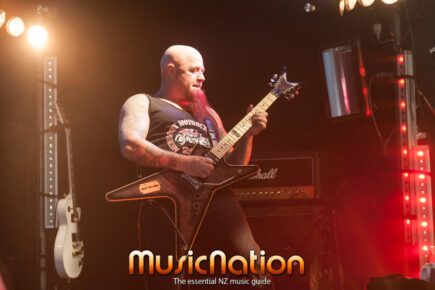 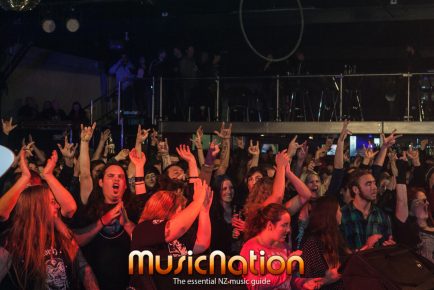 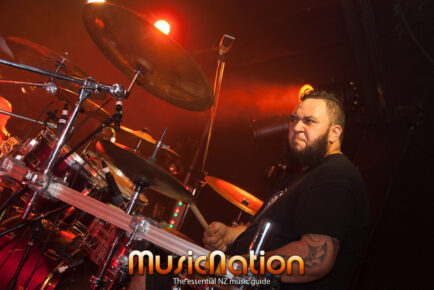 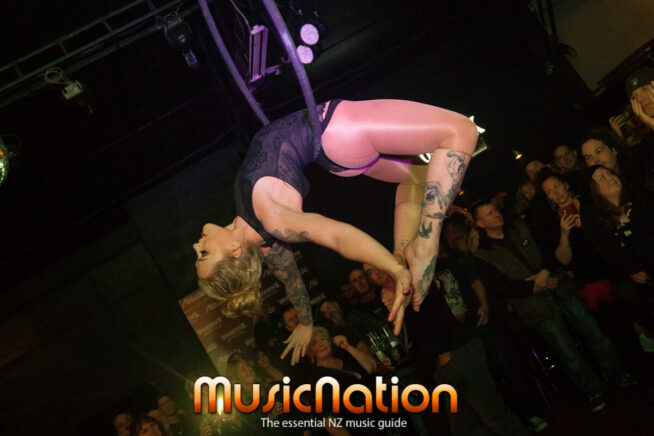 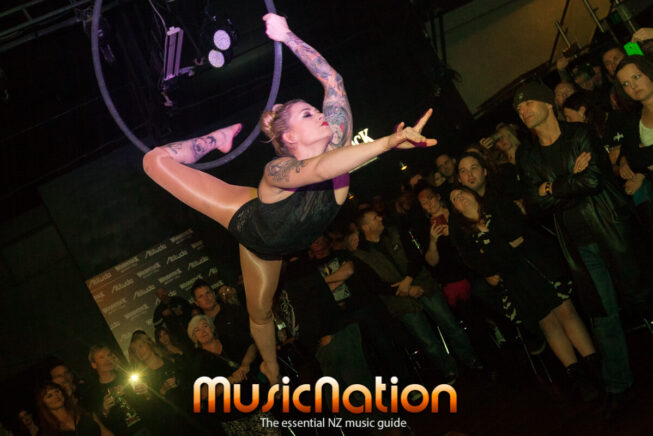 Paul Martin and the lads from World War Four finally took to the stage to a hail of whoops and hollers, the anticipation had been building steadily for the act and you could feel the fervor in the air.  Launching straight into the attack with no pissing around, WW4’s distinctive in-your-face groove with hard as nails guitar, heavily driven bass and rock solid drumming turned up the noise immediately and got the horns punching the air.

Clever use of samples lifted the production quality of the set, and interesting use of guitar FX gave the impression of way more instruments on stage.  While he is not going to win The Voice anytime soon, Paul has a commanding grit that suits the theme and not out of place at all with the music. WW4 are one of the tightest bands on the circuit right now, with plenty of energy from bassist Nathan Water and drummer Morgan Timu keeping the groove heavy and solid.

Though the band performed well collectively, but all eyes were on Martin as he blitz his way through a dozen or so tracks, even throwing a surprisingly beautiful ballad in the mix, drawing out the cigarette lighters waver’s in the crowd. Any other band might have been chased off stage for attempting such sacrilege at a metal gig – but hell, this was his night and he’ll do whatever the fuck he liked.

Standouts were Welcome to the War with its intense drive, Bubblehead, then capping the set with Red Cab, classic powerhouse way to wind up the bracket.  Old school hard rock with modern metal groove, if Devilskin are too mainstream for your liking, World War Four will be just the ticket. 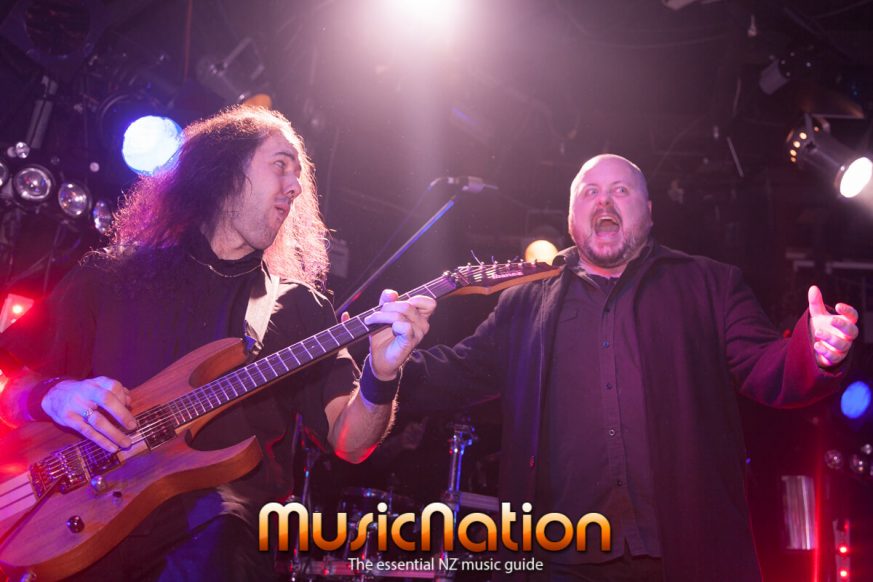 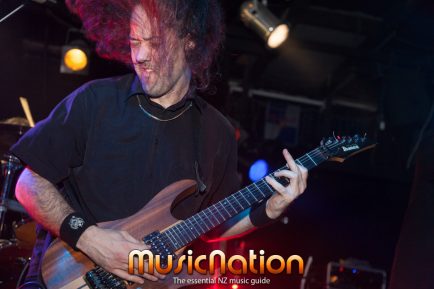 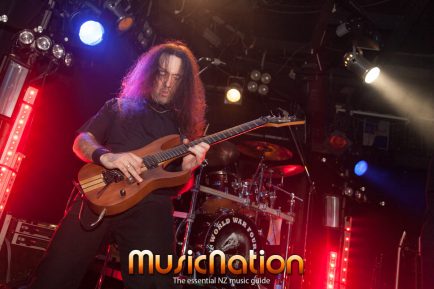 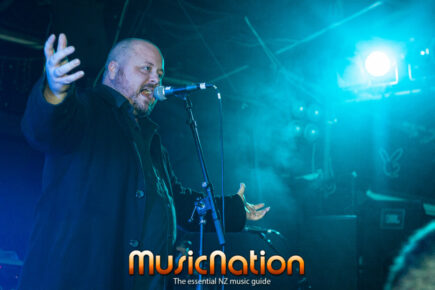 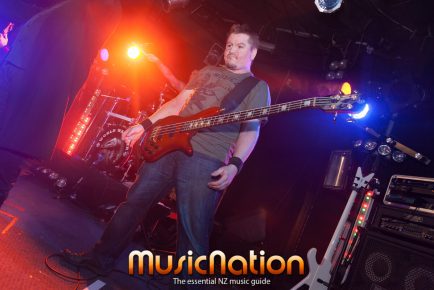 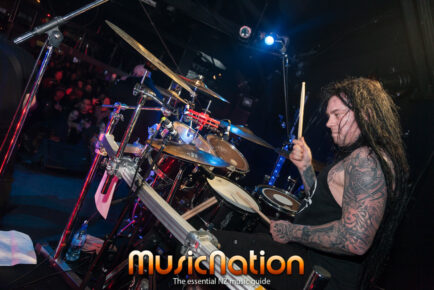 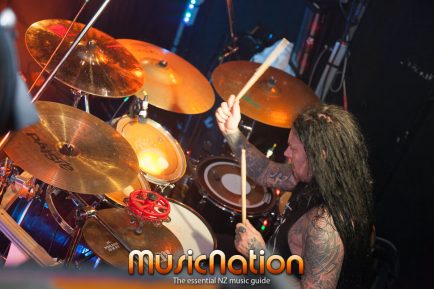 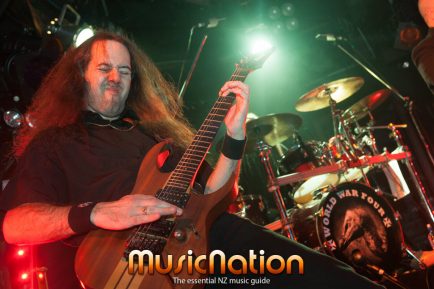 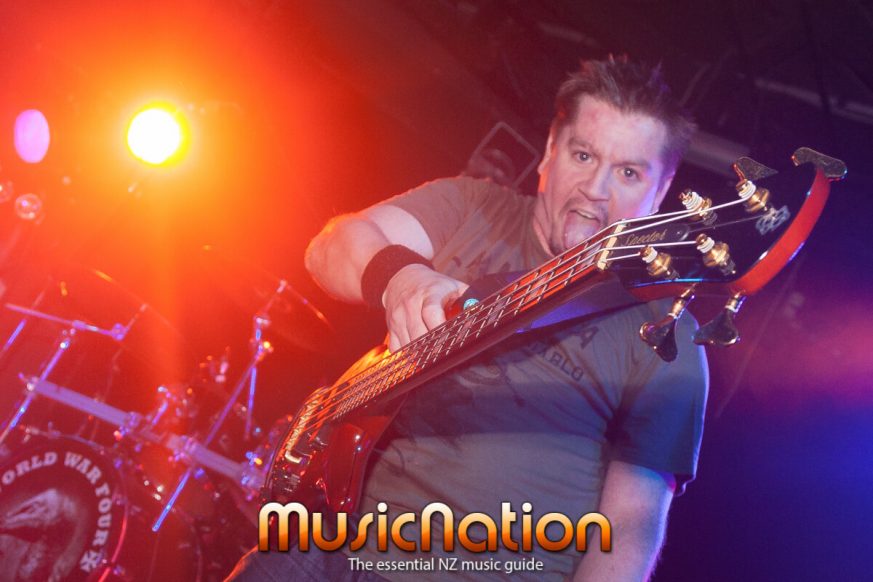 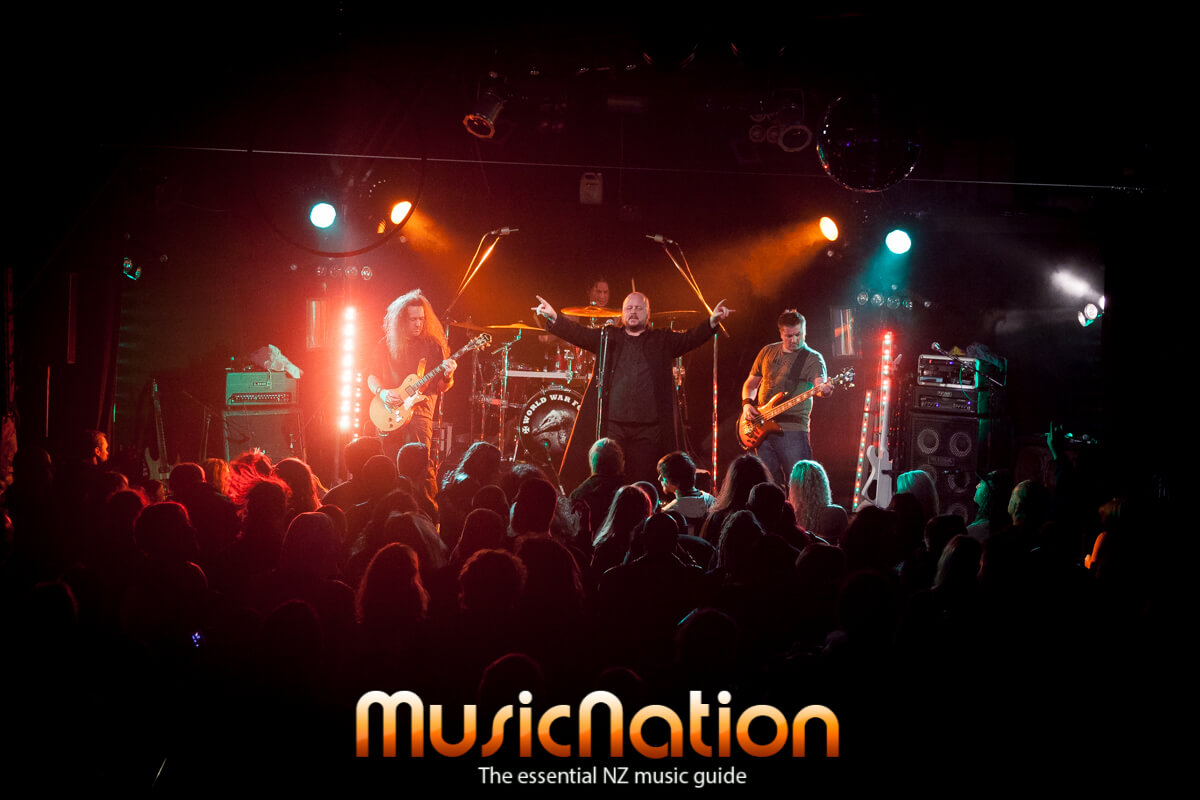 The crowd were responding well to the music fest so far, and after a fitting tribute to those no longer here, After Forever took to the stage with their high energy tribute to Black Sabbath.

Pulling off Sabbath to such an astute gathering required some damn fine playing, or fucking big balls. As a whole the band nailed the brief and were solid, with none of the typical tribute band cheese. Sharne Scarborough encapsulating Tony Iommi very well, and though Nathan Waters return to the stage was too energetic to be considered replicating Geezer Butler stage performance in any way, audibly his bass playing was incredible. With drums nailed down perfectly by Rene Black, the backline was tight and powerful. Vocalist John had all the right chops, and while almost completely opposite to Ozzy visually, certainly had the mannerisms and accent down. Blurr your eyes and After Forever are pretty convincing.

Though the front three rows clearly enjoyed the set, most took this as the perfect opportunity to settle into their JD’s for the night, mix and catch up with friends while head nodding to the band in the background.  The party was in high gear and well spread across two levels of the Altitude bar. As expected, it got rowdier the closer to the bar you went, but mostly everyone was in good spirits and the vibe was great.

Great job to the tech crew for delivering a top night with great sound and light’s.

As the whole, brilliant. Refreshing to see a decent collection of bands with appreciative audiences, something that is unfortunately becoming a rarity these days.