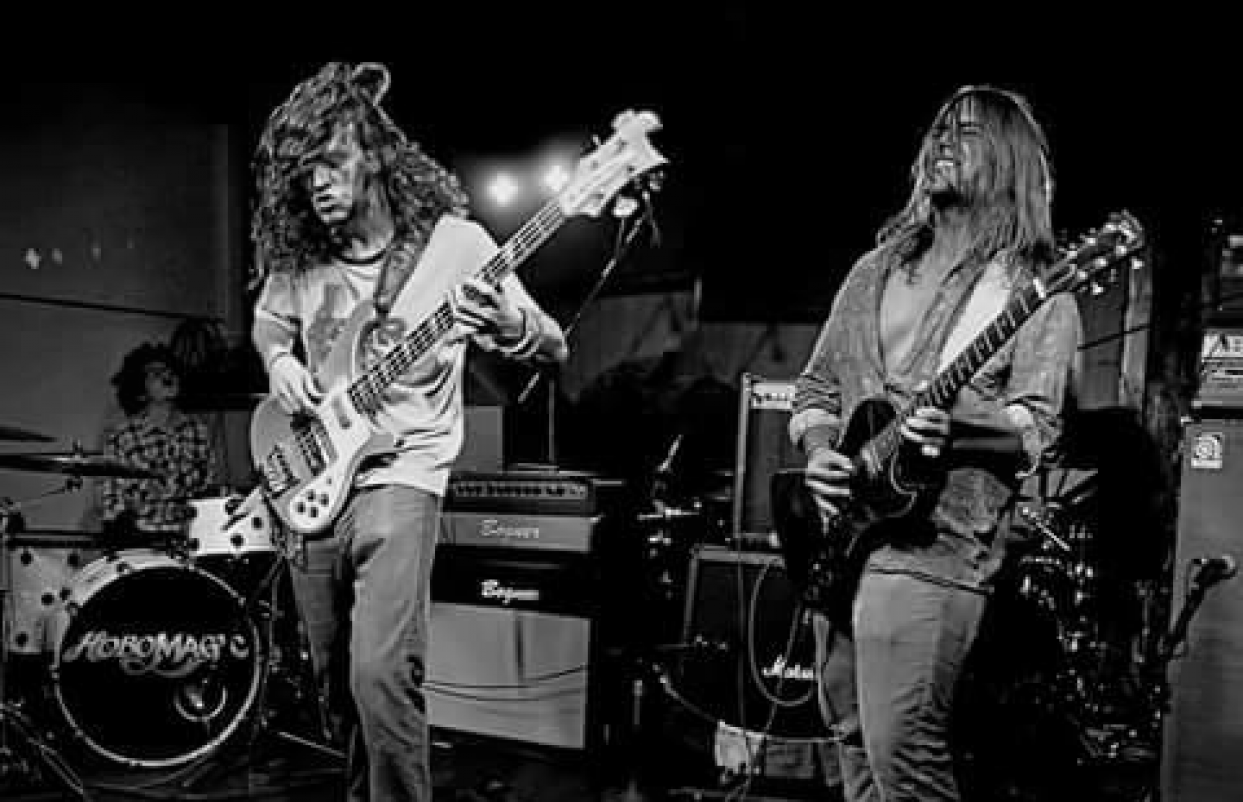 What many are calling Australia’s best underground Rock act, Sunshine Coast trio HOBO MAGIC have just announced their first international tour, heading over the ditch to drop a bunch of riffs/dates on New Zealand this December.

Given the nod by NZ stoner festival ‘Blazed and Confused’, the band will travel across both North and South Island for eight shows including slots in Auckland, Wellington, Christchurch and more, to be supported nationally by local stoner/ginger kings Bloodnut.  The tour will be announced in New Zealand by NZ Musician today.  (Full tour poster below)

Hobo Magic has been firing recently on the back of new album ‘The World Today’ as premiered by Heavy Mag, receiving critical acclaim across the world, with the band soon to be signed to a European label and to announce a second international tour in the next month.  Aus mega station Triple J featured the album’s title track last month on The Racket.

“‘The World Today‘ is a staggering album in both overall riff count and joyous electricity. Hobo Magic have perfected the mix of being crazy heavy, whilst delivering an infectious happiness.”  Hand of Doom Radio

“Really allow you to get inside the music and shake your skull to oblivion.”  Psych in Sight Music

Hobo Magic drummer Luke Hanson says of the upcoming NZ jaunt “New Zealand will be our first international tour and we couldn’t be more stoked! Not only is it an incredibly beautiful country but there are heaps of epic stoner rock bands spawning from the depths of Middle Earth. We’re lucky enough to be sharing the road with NZ’s own ginger riff lords Bloodnut. Let the Fellowship of the Riff begin!”

All tickets on-sale this week through UNDERTHERADAR.CO.NZ