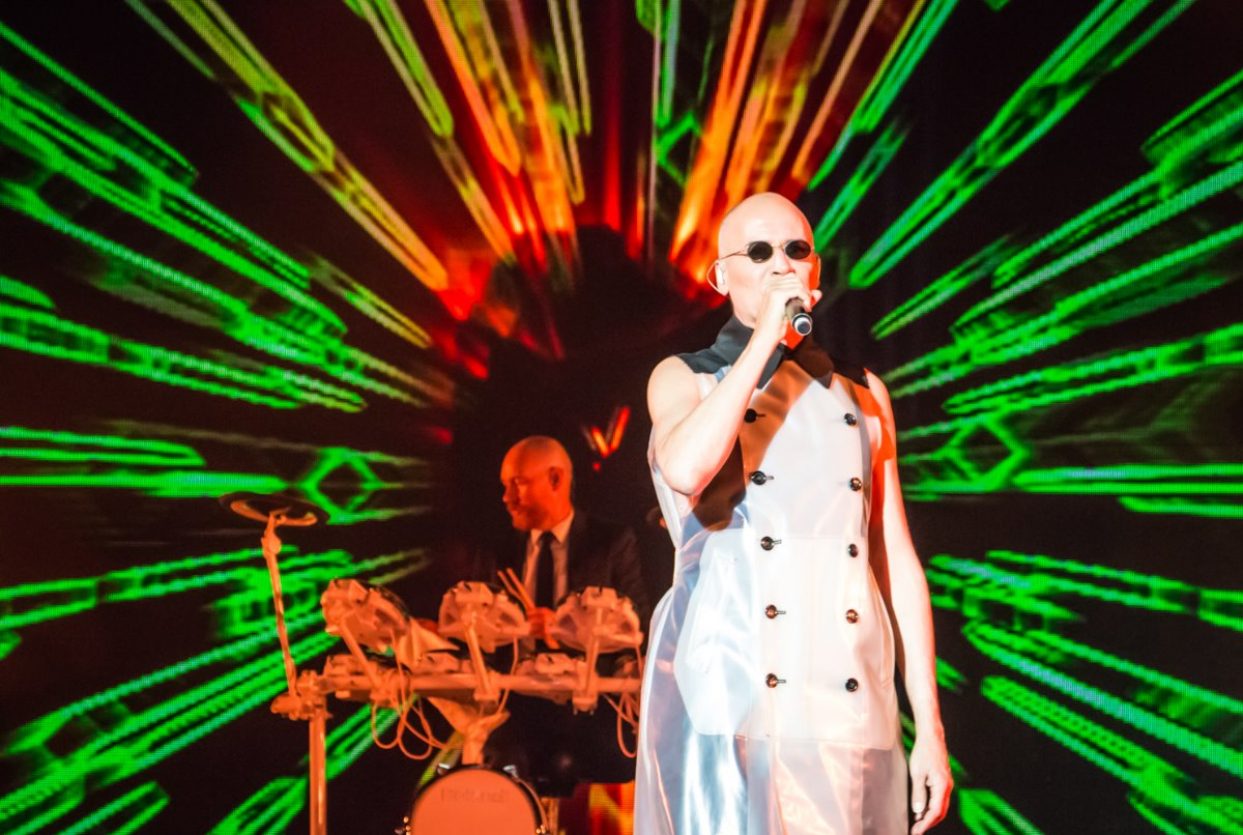 Who doesn’t remember the good ol’ halcyon days of the 80s when Maggie Thatcher ruled with iron fist and music stars Pseudo Echo and Human League ruled the airwaves with their heavy-synth pop twee.

Aussie 80s icons Pusedo Echo’s version of Lipps Inc’s Funky Town sounded every bit as good as it did  back in ’86, the wanky guitar solo played on a keytar (the keyboard guitar) memories flooded back, and so did the audience of mainly over 40’s shaking what their ‘mamas gave them’ (and badly too).  It was a sight to behold, lucky for me Send Me An Angel gave me a respite from the ‘murder on the dance floor’ – what a relief, and what a classic tune.

Human League’s Phil Oakey was an enigma back in the day, heavily made up with eyeliner, red lippie and trademark pensive pose, he still retained that exterior cool now sporting a bald visage with original singers Joanne Catherall and Susan Anne Sulley, they all looked remarkably good, seems life in one of the world’s most popular band’s has agreed with the spritely & youthful trio. 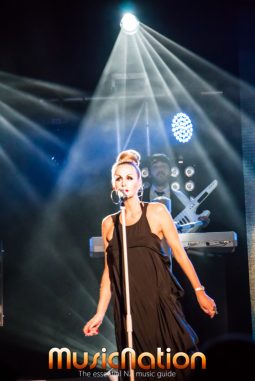 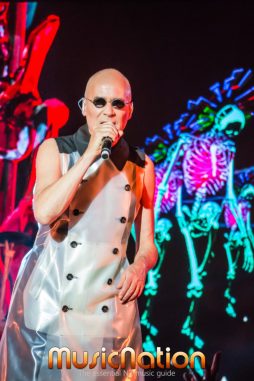 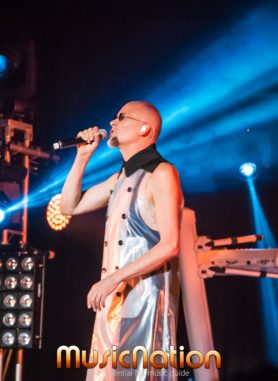 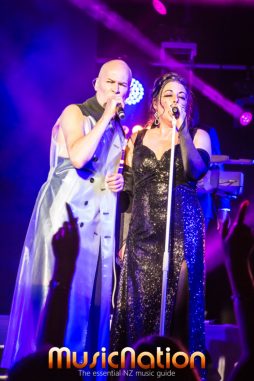 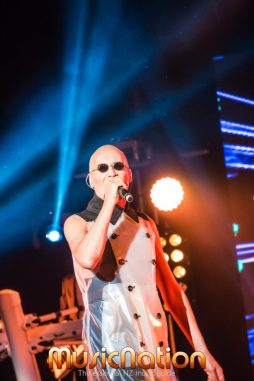 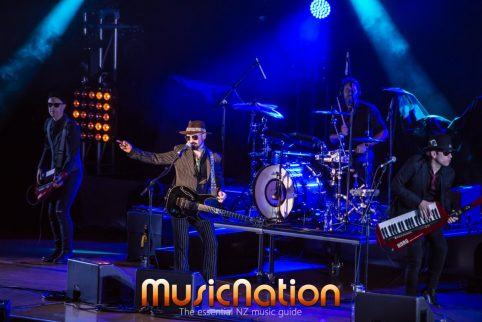 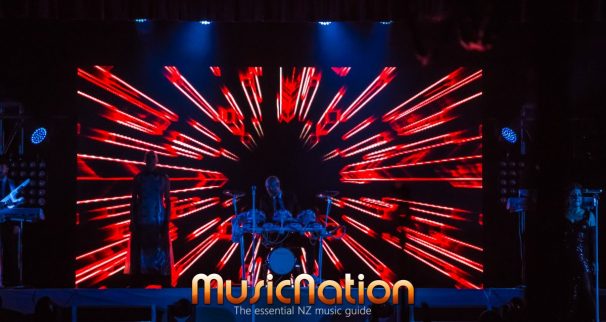 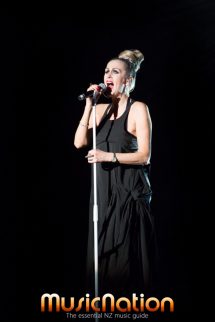 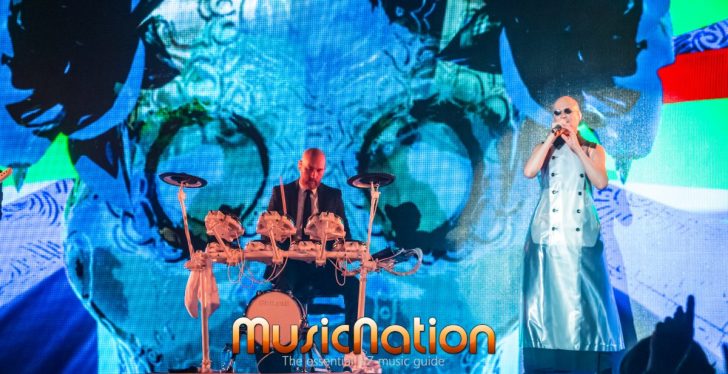 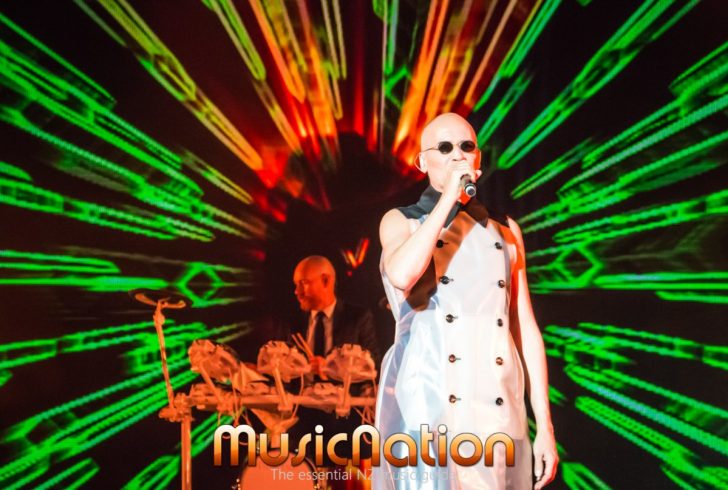 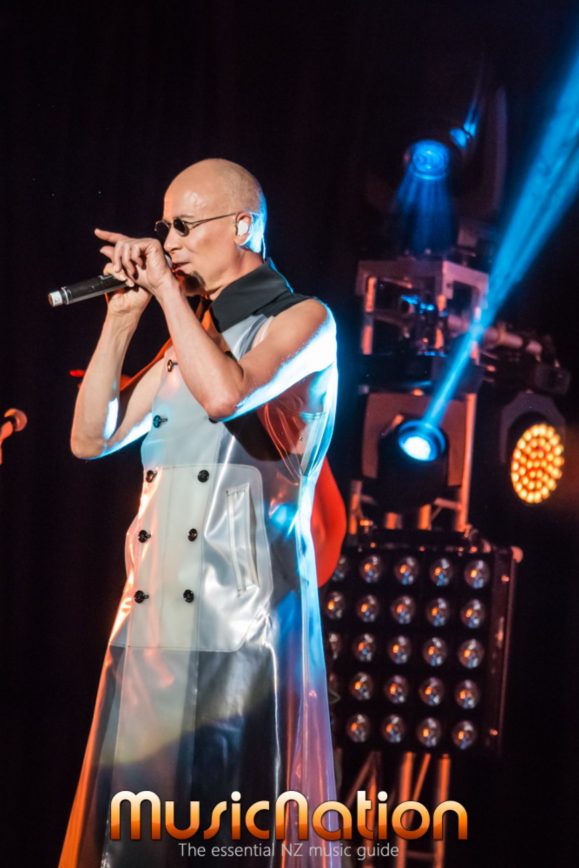 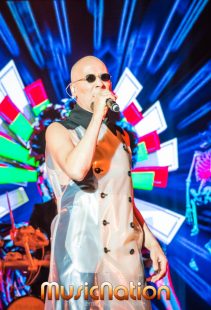 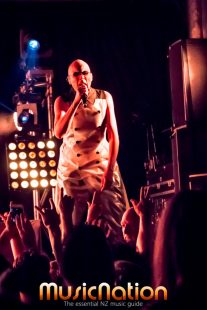 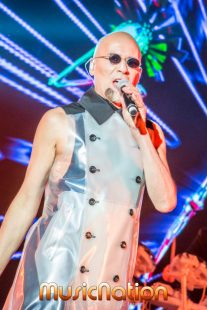 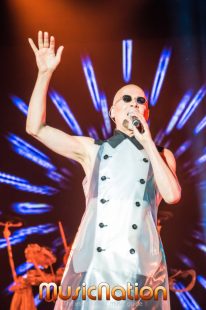 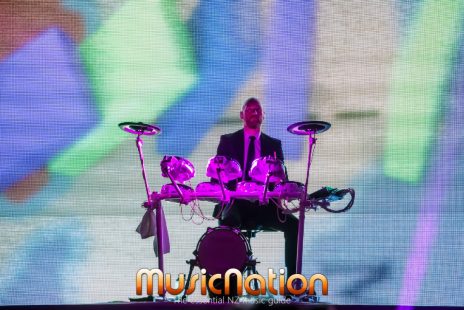 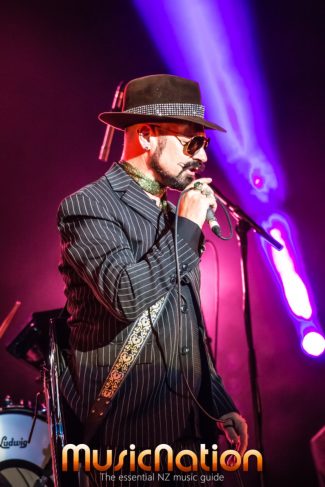 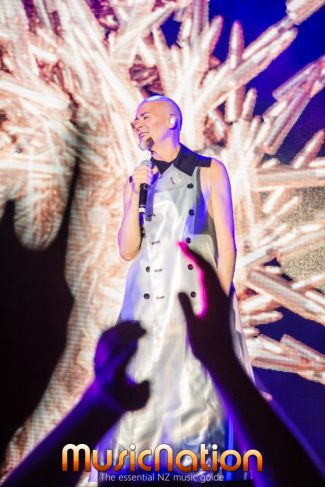 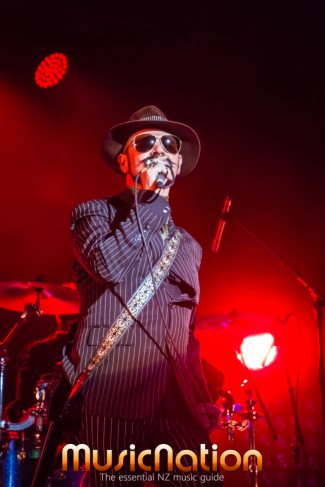 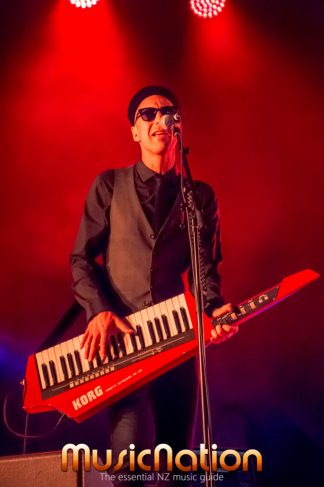 I loved the big video screen shooting up choice visuals and film clips on the big screen, it was simple but effective and with the lighting created an immersive experience to what would’ve been a normal concert.

Yes, Maggie Thatcher made it, as did Miss Pacman, all adding to the retro musical vibe as Oakey’s distinct deep timbre rang out with hits like Fascination and Human heaping on the reminiscent throwbacks, while the drummer and synth players made the concert more visually upbeat.

All in all, this was a solid gig.  The last time I was at Logan Campbell in 1984, U2 and Bono were playing and just released Pride, this was when I was a 6th Former at Selwyn College, and still the same shitty seats were still in use, amazing – well, now Human League were traipsing the same stage, and they did a brilliant job, amazingly it was their first time as Oakey remarked about “How summer had come early” before disrobing his jacket and treating the fans to a playlist that would’ve made the most diehard fan drool.

Love Action (I Believe In Love), Open Your Heart, and of course, their mega-hit Don’t You Want Me had the crowd tapping their toes and pulling out the worst dance moves since Wham, but nobody cared, it was a night, that for some couldn’t have come sooner. Oakey’s voice was sublime, he really has a great vocal range, his voice the perfect mix of narration and singing, while singers Sulley and Catherall were fab directing the audience with their touches and accents on stage, adding vocal finesse to the show.

Memories were forged and songs rekindled, there wasn’t much it that you could fault really – Now about Wham…