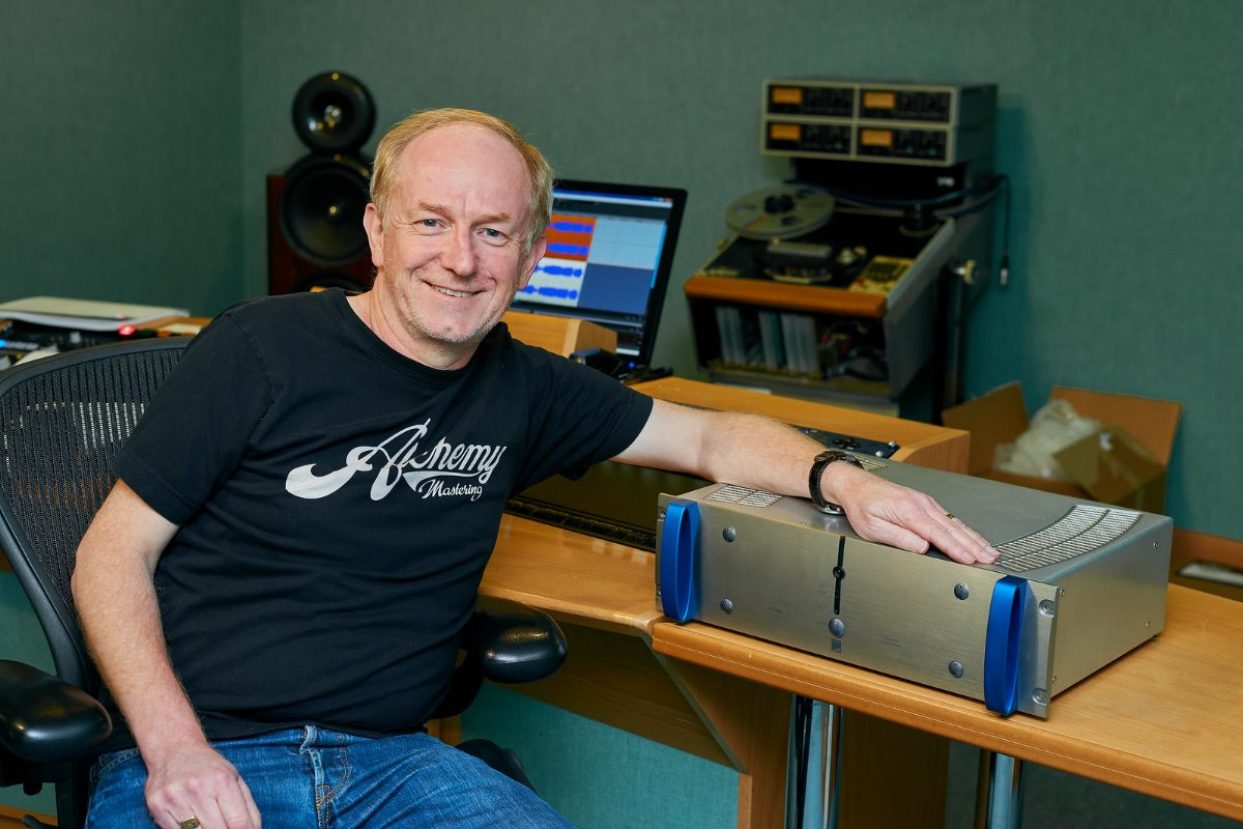 Mastering engineer extraordinaire Barry Grint’s ‘lifelong’ love affair with The Dark Art Of Audio Mastering — to paraphrase the appropriate website wording for Alchemy Mastering (www.alchemymastering.com), the company he founded in 1998, having previously worked at Abbey Road, Porky’s Mastering, Tape One, and the legendary Trident Studios — led him to a life less ordinary that has been truly extraordinary. “I always wanted to work in a recording studio, but getting in has always been difficult,” he notes. “I had many jobs beforehand, but eventually I started as a tea boy at Trident Studios. Seeing first-hand what being a studio engineer actually entailed, I felt that it wasn’t quite right for me. On the third floor there was disc cutting — vinyl and cassette being the only formats at the time. I immediately felt at home, starting in the tape and cassette copy room, before moving up to vinyl mastering in 1984.”

The bright-eared Barry Grint was quick off the mark in making his mastering mark. 1984 alone saw his mastering mojo working wonderfully on classic vinyl singles for Duran Duran (‘The Wilds Boys’), Foreigner (‘I Want To Know What Love Is’), Madonna (‘Like A Virgin’), Van Halen (‘Jump’), and ZZ Top (‘Gimme All Your Lovin’’). Thereafter, things went seriously stratospheric as Barry Grint went on to work with a roll call of rock and pop greats such as Bon Jovi, David Bowie, Paul McCartney, Oasis, Prince, The Beatles, and The Rolling Stones, to list but a few notable names. Speaking of names, the master(ing) craftsman identified his vinyl work by etching ‘Bazza’ in the run out-groove with various incarnations including Bazza @ Abbey Road, Bazza @ Tape One, Bazza @ Porky’s putting in an appearance throughout the years.

Yet Barry Grint has witnessed a lot of industry changes — technological or otherwise — in a celebrated career spanning five distinctive decades. Given his mastering pedigree, perhaps it was inevitable that he would one day become a master of his own destiny at Alchemy Mastering in Soho, which went on to become one of the UK’s foremost mastering facilities before leasing issues at its ‘high-flying’ Centre Point office tower London location left its founder rethinking and, ultimately, relocating somewhat closer to terra firma. Its current location in an elegant West London mews houses three acoustically-tuned studios with natural daylight designed by the three ‘Alchemists’ — Barry Grint and fellow Directors Matt Colton and Phil Kinrade — themselves, each equipped with full-range monitoring systems and a wide range of vintage and cutting-edge high-end analogue and digital hardware and software processors, perfect for pursuing their sought-after craft. “We all react to what’s coming out of the speakers, and we make our judgements based on how that sounds in the room,” Matt Colton claimed, soon after receiving the coveted Music Producers Guild Mastering Engineer of the Year award in 2013.

As a full member, Barry Grint is no stranger to the MPG (Music Producers Guild) himself, representing them when working with the EBU (European Broadcasting Union) to create a standard for embedding the ISRC (International Standard Recording Code) within BWF (Broadcast Wave Format) audio, adopted by the main manufacturers of mastering software internationally. But back in the mastering hot seat within Mastering Two — Barry Grint’s mastering studio for digital, CD, and vinyl mastering at Alchemy Mastering — things get more personal. “The choice of equipment is a very personal thing,” its owner-occupier opines. “I was very happy with my monitor speakers, but they seemed to lack bass extension; Matt Colton has active ATC SCM150 ASL PROs in his room, so I thought that an ATC amp might give me more bass.”

Cue delivery of a P2 PRO Dual Mono Power Amplifier — a true dual mono design delivering 300W of continuous power simultaneously from both channels to drive the most challenging loudspeaker loads with ATC’s signature virtues of wide bandwidth and ultra-low distortion — on trial. The result? “The bass extension was great, but there was also a noticeable improvement overall — a smoothness that gave improved detail and clarity,” continues the seriously impressed Barry Grint. “The difference wasn’t subtle with the P2 PRO. I called Ben Lilly,Technical Sales Manager at ATC, and told him he couldn’t have the demo unit back until he had sent me the one I bought!”

So, yes, Barry Grint has witnessed a lot of industry changes in a celebrated career spanning five distinctive decades — not least the putative passing of vinyl into the annals of reproductive audio history only for it to triumphantly return relatively recently, as evidenced by Alchemy Mastering making a name for itself as one of the world’s leading lights in half-speed and pure analogue vinyl mastering: “When I started, people recorded in recording studios and mobile studios were big articulated lorries loaded with massive Neve, Cadac, or Trident desks and multitrack tape machines. Today, digital recording has made available amazing recording spaces. Sometimes this means that for some projects the mastering room is the only controlled listening environment, one where a good speaker/amp combination is vital. This is why we went with ATC.”

For availability and pricing internationally, please visit the ATC website to find a distributor for your region here: http://www.atcloudspeakers.co.uk/where-to-buy/