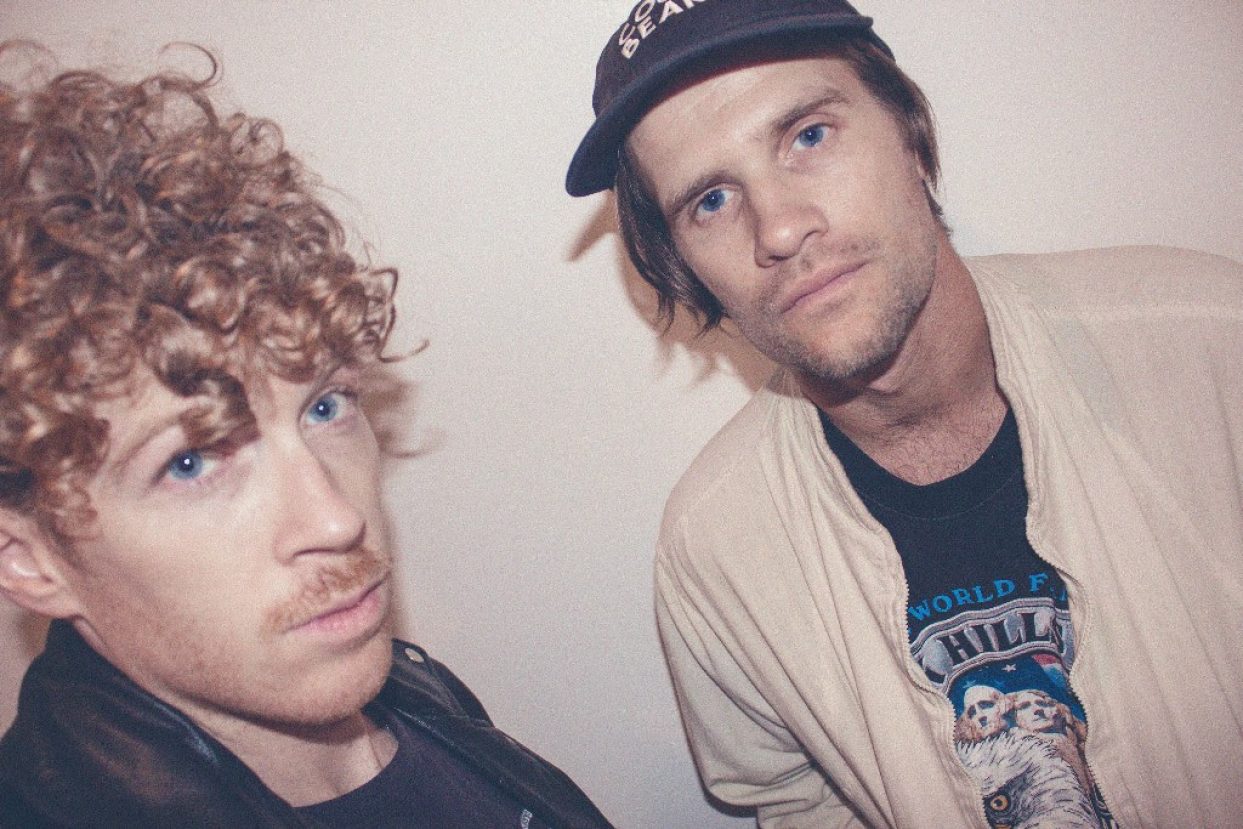 There’s been an underground buzz brewing about this New York-based Kiwi duo for months.

They make catchy-as-hell tunes, which have been doing all sorts of damage on Spotify while piquing the interest of US tastemakers, such as NYLON, HillyDilly and Line of Best Fit.

Meet Frills. And while you’re at it, have a listen to their debut single ‘My Love’.

Frills was conceived in a studio in a Brooklyn bedroom where longtime songwriting collaborators and New Zealand music stalwarts, Simon Oscroft (MidnightYouth, MOTHXR) and Dan Gibson (Streets of Laredo, Kingston), began messing around with some GarageBand beats.

It started out as a bit of fun but Oscroft and Gibson‘s voice memos and ideas quickly became finished songs. It soon became clear to the pair that they’d unintentionally created a band.

With esteemed reputations in their own right on the Kiwi music scene, Oscroft and Gibson have spent the last few years dividing their time between New Zealand and the States.

After Midnight Youth, Oscroft made a name for himself in the US in the band MOTHXR, while Gibson and his NYC-based band of Kiwis, Streets of Laredo, delighted indie-folk fans from coast to coast.

Both are also accomplished producers. With an impeccable track record, including with the indie-pop-rock girl band The Aces, they work out of their own studio tucked away in a quiet corner of Brooklyn overlooking the New York City skyline.

Between writing and producing for others, Frills released a string of singles last year, including their debut track ‘My Love’, which has clocked more than two million streams on Spotify. The song was written and recorded in its entirety on one afternoon in the New York winter of early 2017.

It signalled the start of something special, and although there’s an understated, casual Kiwi nature to the way in which Frills and their music has come together, the duo’s impact is already been felt far and wide.

So stay tuned for what’s next. Frills is coming in hot and fast!