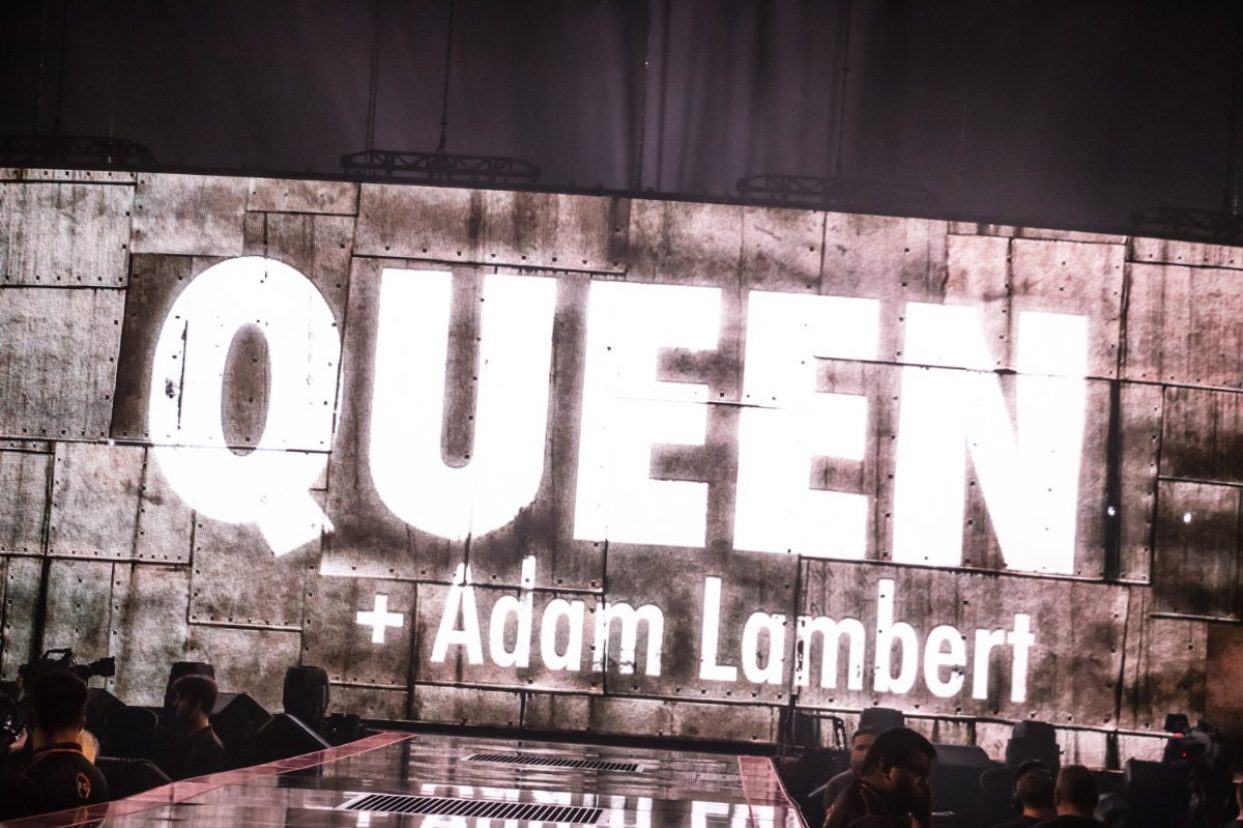 Even without the mercurial Freddie Mercury (pun intended) whose birth name defies belief (before settling on his namesake), the show was a total success.

In every aspect of the word, the pulsating audio/visual effects, high definition big screens and impressive lighting were worth every cent of admission. Throw in two legends in the guise of guitarist Brian May & drummer Roger Taylor with the phenomenal Adam Lambert on vocals and it was akin to an ‘out of body’ experience.

Unabashedly camp, Adam Lambert made his mark early in the piece strutting the stage in style in ‘appropriate hiking boots’ as the band teased with the familiar intro to We Will Rock You before launching into Hammer to Fall from the Highlander movie. Hard to believe the film came out in the early 80s. Time, it seems, has no bearing even on these hits.
Resplendent in bright pink admitting he was up there in the ‘gayest fucking suit you’ve ever seen’, his vocals were simply spellbinding. Whether hitting the high notes on Under Pressure, rocking it up on Fat Bottomed Girls or dumbing-down on quieter numbers like We Are The Champions, Lambert’s vocal range impressed the full capacity crowd, even getting a chance to break out with his radio hit Whataya Want From Me. 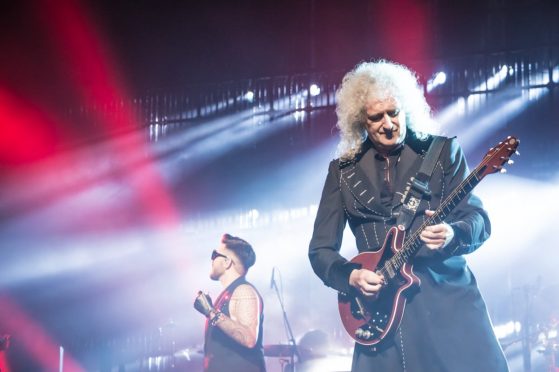 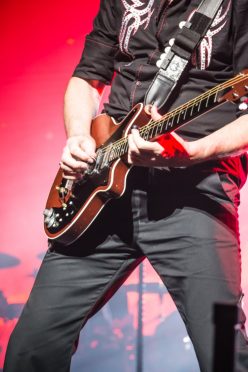 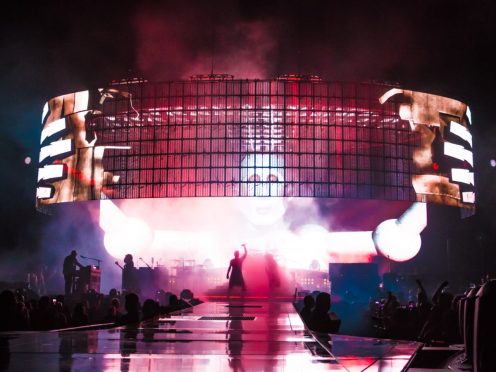 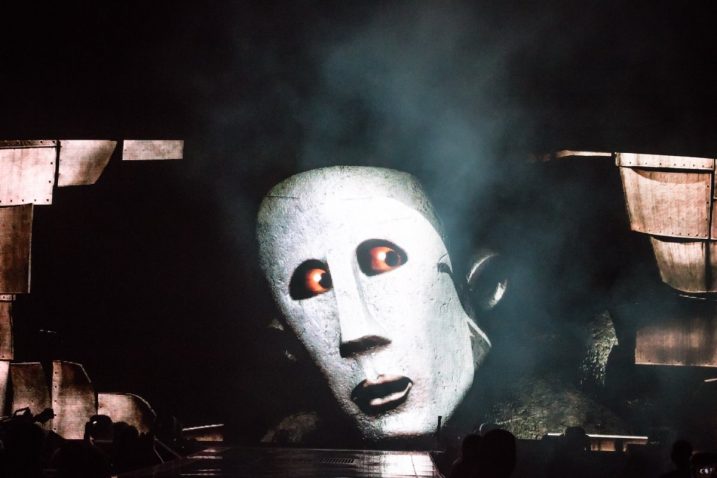 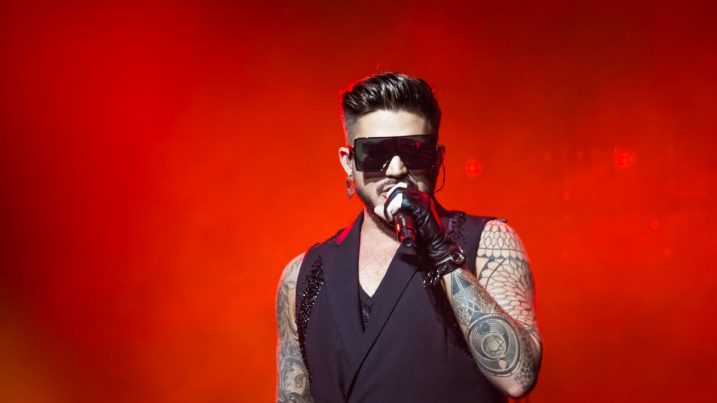 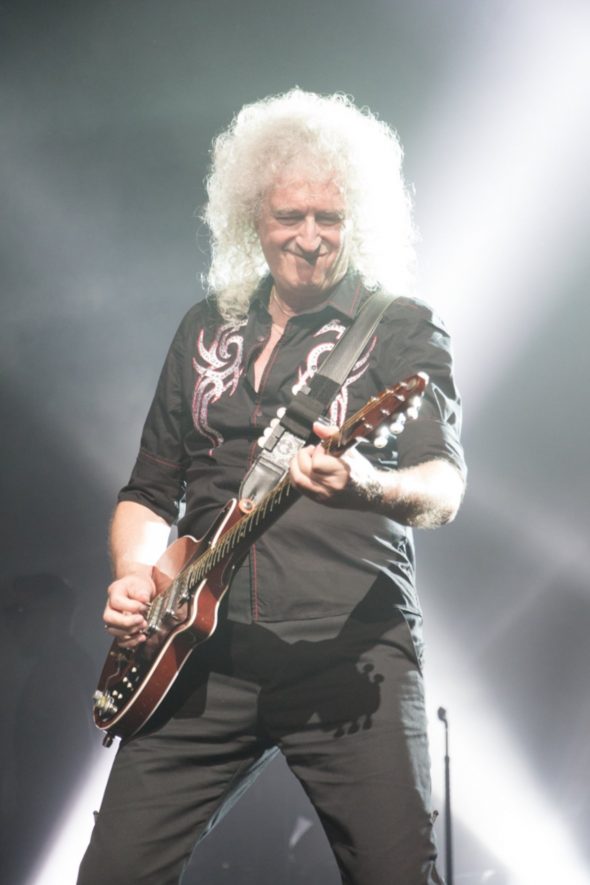 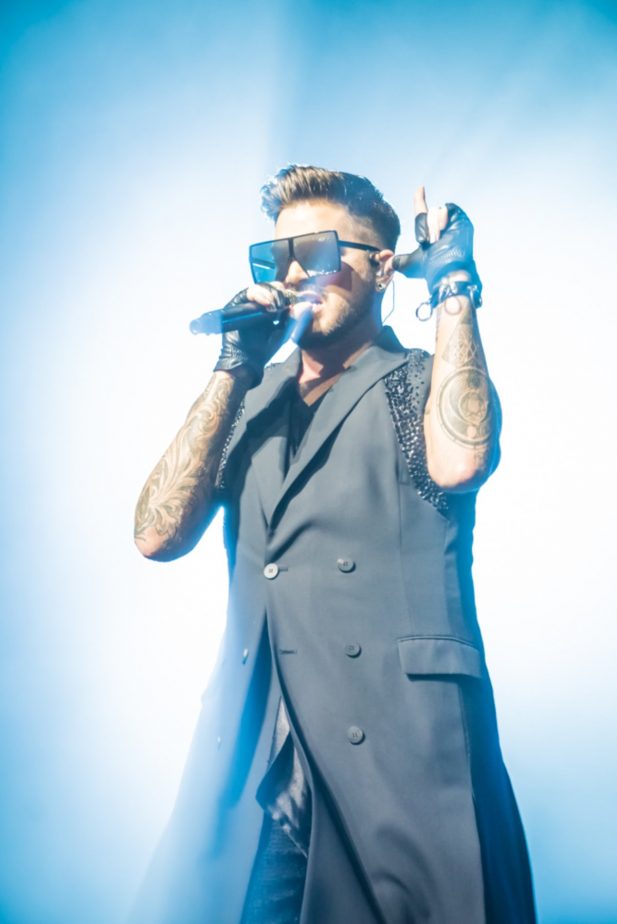 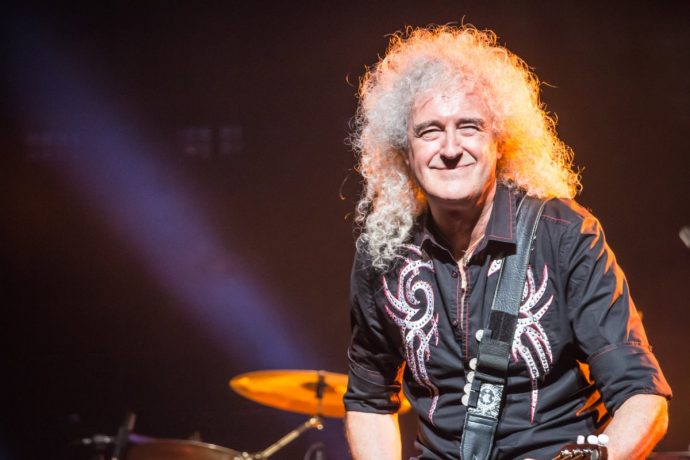 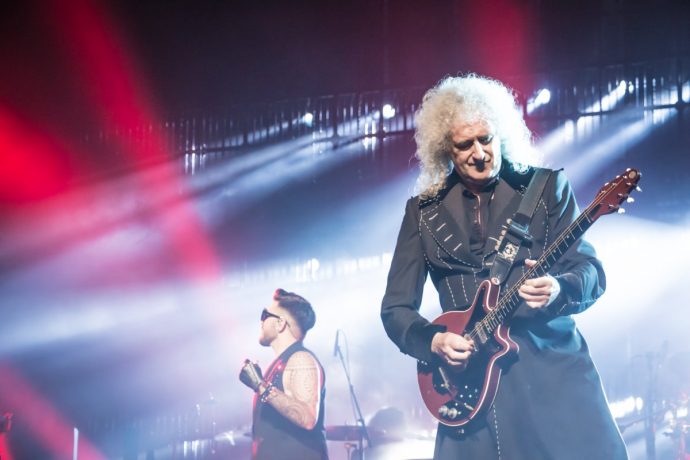 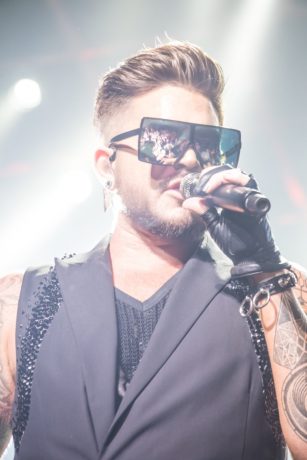 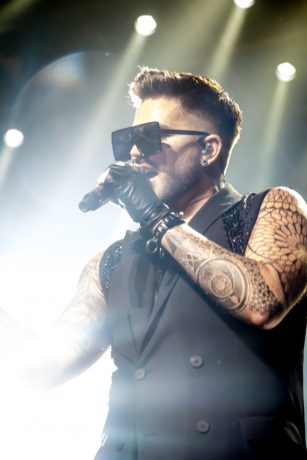 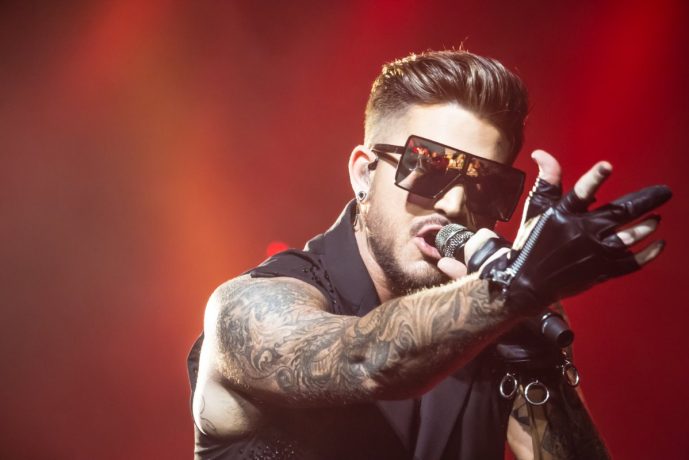 It took six songs before singer Lambert broke silence to rapport with the crowd. “Auckland” he wailed into the wave of heads in the silhouetted lights, “How’s my fat-ass bitches? All my sisters? It’s a term of endearment I promise” he sneered before the band sparked up Killer Queen & Don’t Stop Me Now, giving time to pay tribute to the man himself, Freddie Mercury, encouraging those around him to “celebrate” the outrageously talented performer.

Former bandmates also paid homage to the singer, as video and images were flashed intermittently around the arena to good effect, it was hard not to include him. A touching moment was shared with the audience as guitarist Brian May was on the runway singing Love of my Life glancing back reflectively to the big screen as Freddie Mercury was singing with him. It’s hard to ignore his influence on the band, even years after his passing.

Drummer Roger Taylor was sublime, his drumming on Radio Gaga and Another One Bites The Dust retro-perfect, his lead vocals on A Kind Of Magic admirable, his drum kit moved in the audience for an acoustic set, as the talented band threshed out hit after hit. “Here’s another one you might know” Lambert shouted before laughing, “As if you didn’t know the other fucking songs.” It was like Queen karaoke with the best bits put together on a fan’s playlist.

Brian May’s guitar solos are miniature songs and just as memorable as the actual tunes themselves. The songs lending themselves as if animated by his fluid playing. Throw a dart at the playlist and it will land on most of the hits his guitar features on. It would be hard to imagine Queen songs without the memorable guitar parts on A Kind of Magic or I Want To Break Free, they are almost as integral as Freddie’s presence on the band.

All in all, it was a fabulous night accented by a very vocal crowd and Lambert’s skilled repartee. The crowd flayed in the warm Arena, as the airco took a while to kick in but that didn’t matter too much, as the crowd lapped up the evening. Lambert’s ‘family friendly’ humour, a stark contrast to bandmates May & Taylor is a winning formula, a consummate performer in every sense of the word.

The crowd got what they ‘wanted’ from the outlandish performer, I’d imagine even the big “F” would’ve given a tick of approval.