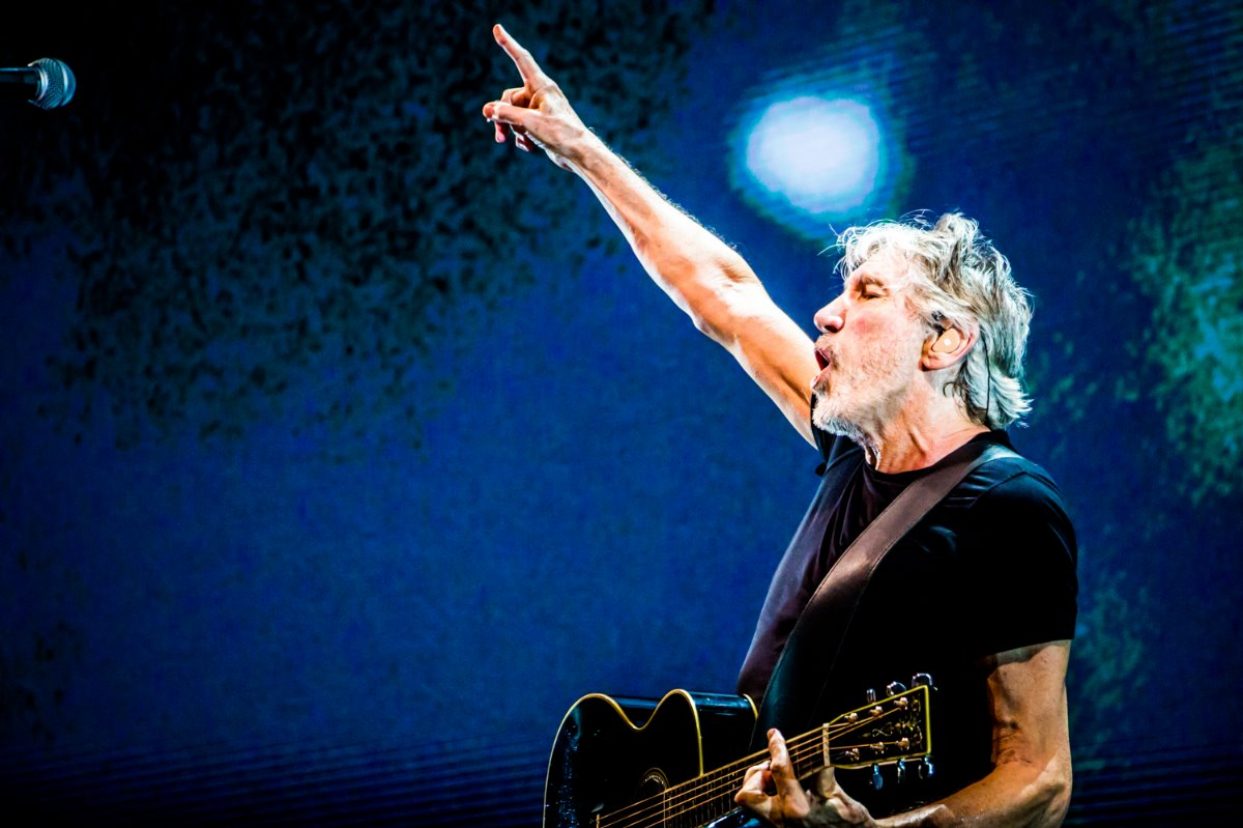 Legendary rocker and founding Pink Floyd bassist Roger Waters played to a capacity audience at Auckland Spark Arena tonight for his Us and Them world tour. Music Nation sent along the crew to check out the bright lights.

I am beyond excited to have the amazing opportunity to attend Roger Waters Pink Floyd concert tonight!! Not only is Pink Floyd the whole reason I started singing at such a young age due to my parents taste in music, but their sound is still one of the most influential of the 20th century with them literally still selling thousands of copies each day worldwide. They are in my opinion, all-time best rock band. I cannot wait to watch and listen to all this music.

The Roger Waters “Us & Them” tour premiers tonight with the tour ending in Australia. With how popular Roger waters is I hope for your sake you got in and got your ticket sorted as tonight is a complete sell-out! I am surrounded by so many other fans from all ages to be in for a great show. There is a certain kind of excitable hype while we wait for 8.00pm to hurry up and roll round so the night can finally begin!

Sure enough not too far after 8.00pm, Mr Roger Waters appears on stage and the crowd go wild! With his opening song “Breathe” it was like I couldn’t. As expected, he has an amazing backdrop video footage that has the most amazing graphics and unless you look at the photos, no words can describe just how amazing they were. The crowd was happily singing along to all the well known Pink Floyd songs as well as his own newer music, which was just as epic.

In the first half of the night you hear the lovely vocals from the women, although not quite was I was expecting as even though they were fantastic, they just didn’t quite have the same soulful sounds his previous African American women did. But none the less, they still did an amazing job vocally.

Roger Waters, for a man who is 74 years of age, still has so much energy and talent and aside from the fact he is very much seasoned, you would never have thought it. Still sounding just as amazing and still the ever rebel.

As we have an intermission, I am literally buzzing and cannot get this stupid grin off my face! We open the second half with “Dogs” and down come the projectors right into the middle of the room. what a drop down of a show! What more is there to come??? Well, a small little pig hanging from the ceiling that’s what! And it ties so well into the song “Pigs” yet another timeless classic but also a very controversial song. While this is playing, all over the video clip that plays is everything negative towards trump. I’m sensing a theme here…. As we all know he has never taken to kindly to any sort of authority, Donald Trump is no exception to this rule, calling him out and calling him a ‘pig’. While this is performing, a huge massive air inflated pig with trumps ‘ugly’ face all over it, comes out from behind a black curtain and floats all around the whole room. Next level of entertainment I cannot contain myself!!

After this song, he takes a moment to introduce his band and thank them all for being amazing. He then does a shout out to Lorde, asking if anyone is in contact he would love to meet her as she stood up for the Palestine people late last year and just thinks she’s an amazing women and how brave she was to do this.

More timeless classics are played, “Us and Them“, “Eclipse“, “Another Brick in the Wall” just to name a few. As I know we are about to come to the end of the night, an epic laser display takes place and forms a pyramid right above the audience in the front bottom of the room, right along with a rainbow of more lasers and then if it couldn’t get any better, out comes a floating orb!! Oh. My. God. Please let this night never end.

But as all good things do eventually come to an end in some form, playing out the most classic of all songs in my opinion, “Comfortably Numb” with all the laser effects, the best backdrop, the floating orb and to top it all off, down comes raining on every one there, confetti with the word ‘Resist’. Even at the end of his night, he is still trying to beat ‘the man’.

As they all take their final bow, I am so moved by this amazing show and all the emotion that has come through the night it literally moves me to tears. I could not have asked for a more inspiring and amazing show. Perfect.

Alice Cooper and Band show how it’s done. Classic Rock can be the coolest genre to enjoy live. With twin guitars, great drumming, thrilling bass lines, awesome vocals, lights, backdrops and so on. Even better if the artist or band has some good old classic songs to bring back memories and to...