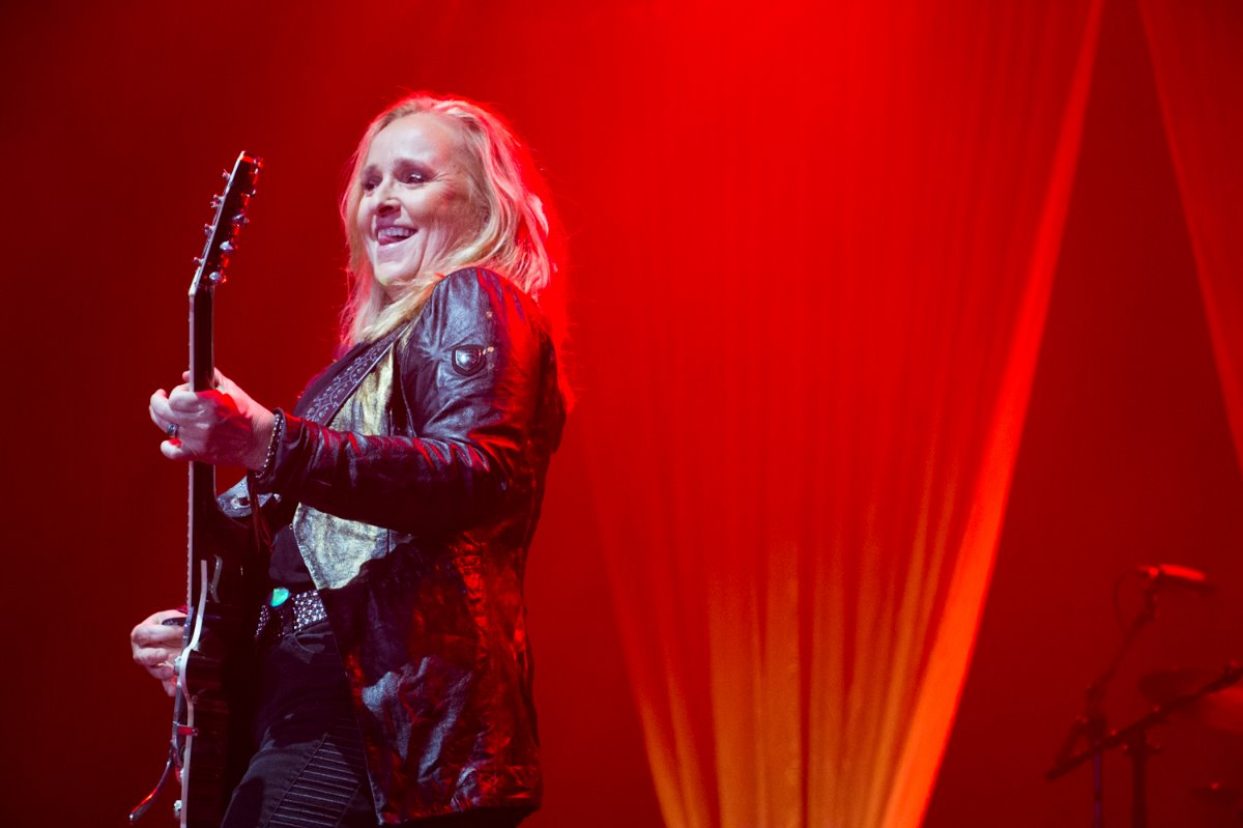 As a child, I loved to sing my heart out to my burnt CD of Sheryl Crow. To get to sit less than 25m away from her and here her voice 20 years later live was such an amazing experience. And not only that, but I got to see how incredibly talented 80s sensation Melissa Etheridge is.

My second concert review, in a week, in the exact same venue and let me tell you the contrast was clear. Walking into the very the surroundings were very intimate. No sticky floors, no drunken rock lords making scenes, it was all very classy. The floor was carpeted with nice spacious seating and the stage was extended quite far into the audience. Arriving early with my wingman, we were grabbed a couple of drinks and enjoyed the moment.

In my Homegrown article, I mentioned how the attire of some people was very inappropriate…at this concert we found ourselves underdressed for people our age, yet well overdressed for a concert like this. However, the attire wasn’t the focus, the focus was the ability for fans to relive their youth with two musical influences.

The lights dim down and we see the band enter and the petite figure of Sheryl Crow. The woman is hot in her white pants and blue jacket and cut-off singlet. She starts with “Everyday is a winding road” – a great concert starter. ‘Sit back and enjoy the show’ and even sneaks in a Wellington name drop that gets the crowd giddy. She knows where she is hooray!!

I am so not used to sitting down during concerts, but I am not feeling the vibe from the audience. I inform the American lady next to me I will be dancing later if she will join me. She is all about it. Yet no one really gets up and boogies until she plays her classic “All I wanna do”. I am disappointed in myself for being a sheep. She even points at the group of dances and says they are her people. That’s it, I am sculling back the cider in my hand and getting ready to be the concert goer I usually am.

During her set, Sheryl takes a break to show her connection to our land of the long white. She says she is part Elvin, part dwarf and all about Middle Earth. The crowd loves it. I find it cliché. It’s the stereotype of New Zealand. But she does appreciate NZ everything Peter Jackson and the Weta Workshop have done to put New Zealand on the cinematography map. 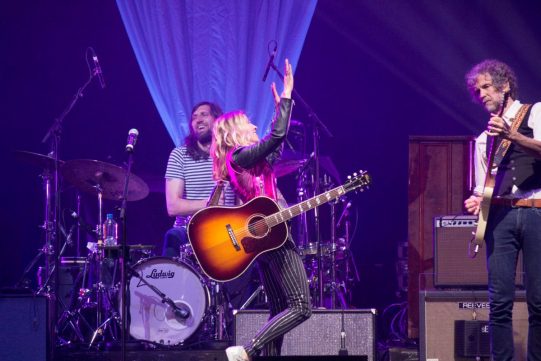 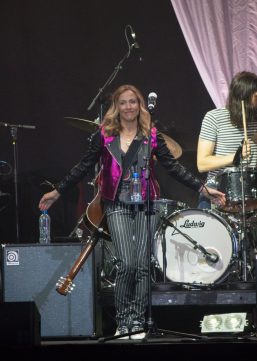 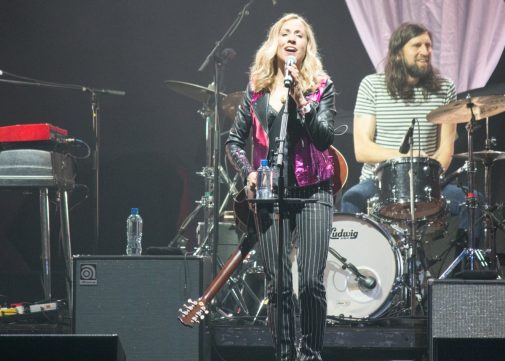 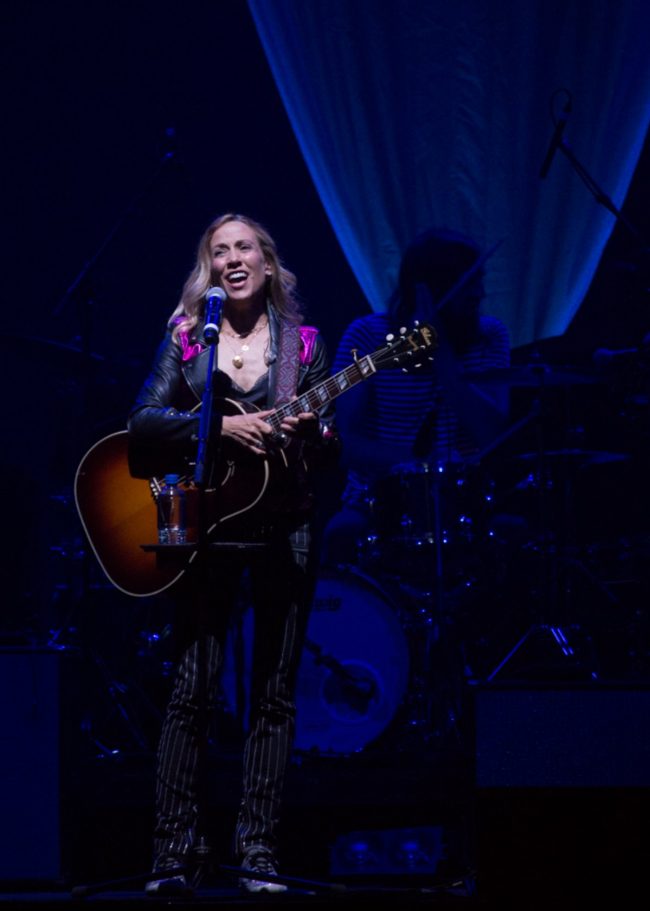 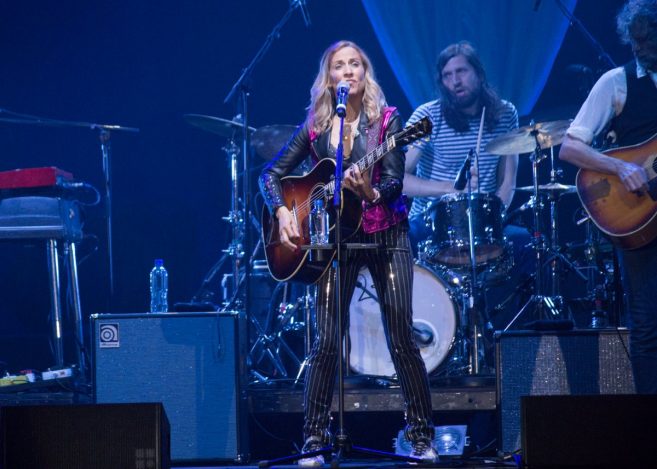 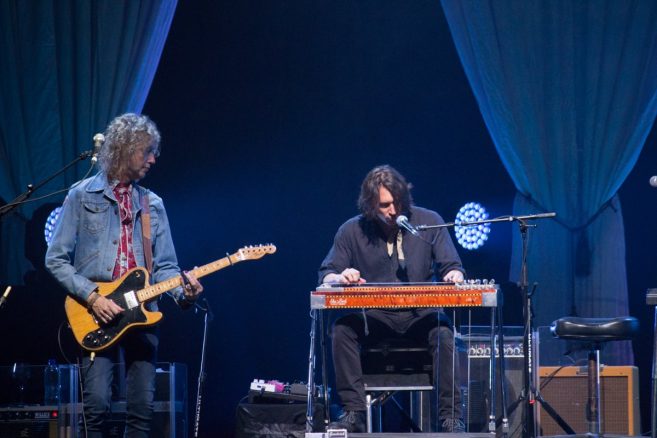 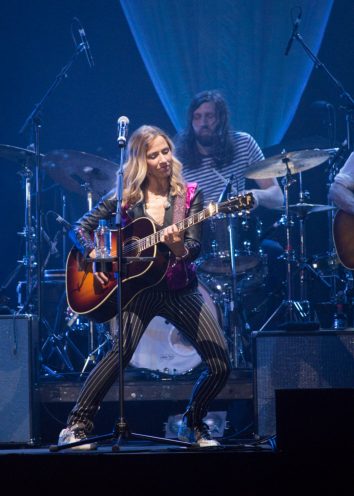 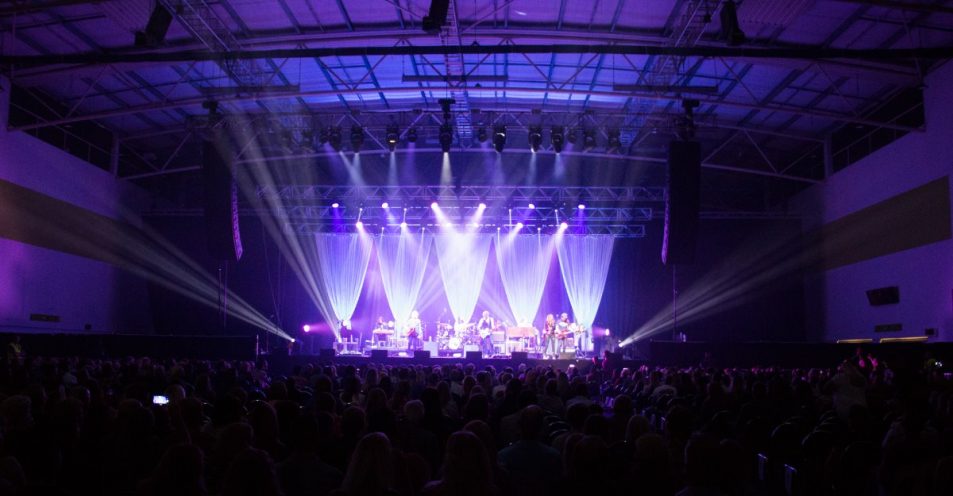 Sheryl shows off she isn’t just great on the guitar and vocals, and during her pieces plays piano, bass and blows me away with her harmonica skills- pun intended.

She talks to the audience and hopes that she inspires females around the globe to pick up a guitar; to not just dance to the music but create the music. She is a great role model for aspiring female musicians, and then Melissa Etheridge comes out for a sneaky song before her set and adds to the powerful influence women can have. With the #metoo movement and the pay equality an issue in recent current affairs, this is a perfect way to show how powerful appreciated woman can be.

At the intermission, we look around and decide that we are easily the youngest people at the concert (apart from the ten-year-old who came to snooze on the chairs while her mum enjoyed the concert – go figure). Our idea of having a good time can be influenced by a lot of alcohol. As two females, we debate who has to look after who tonight, when she assures me “it’s been a year since I got hit by a car” so we should be right. New Zealand…it’s not what we’re drinking, it’s how we’re drinking.

I’m still shocked in laughter by her comment and think how we are going to look like “those guys” when we go to the toilets to see the cue way too long. But it’s what is in the cue that gets me shaking my head. Multiple clusters of mothers and middle-aged woman enjoying themselves like they were young and free like us. And in the toilets, women are calling out to their friends in the cubicles “Oh I am worried I did not drink enough water”.

You know the regrets are going to hit tomorrow. But hey – YOLO, enjoy the moment ladies 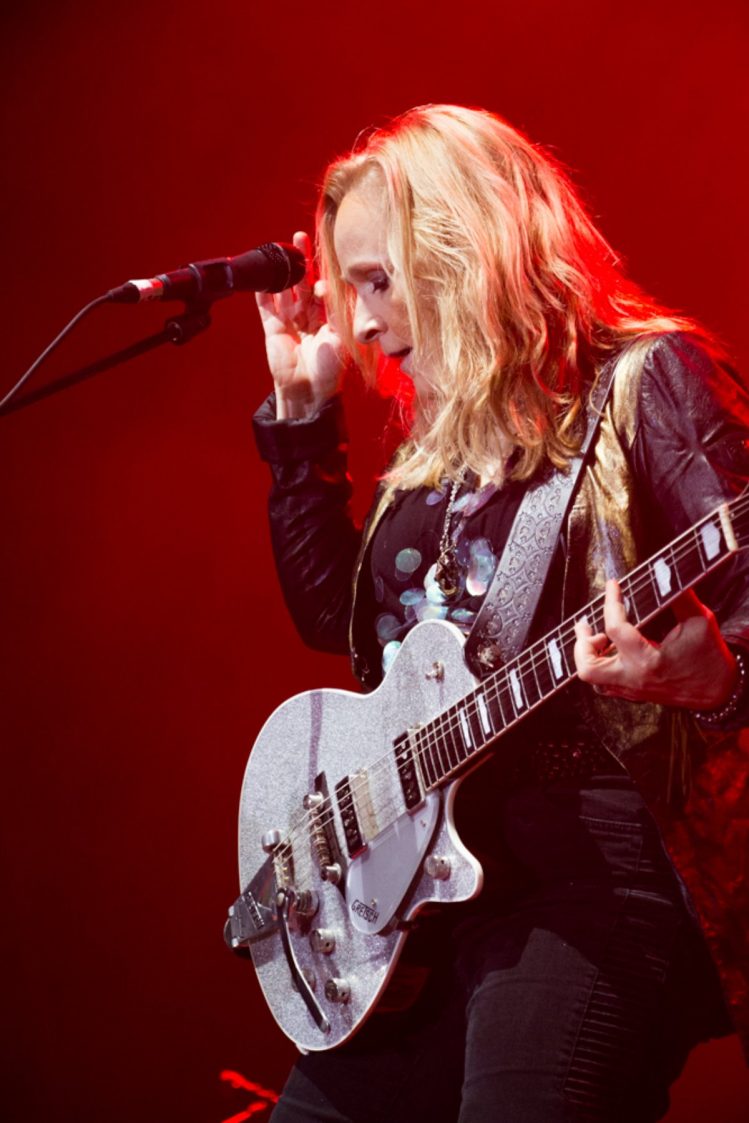 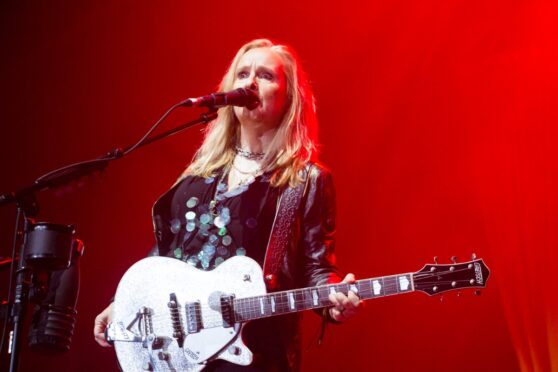 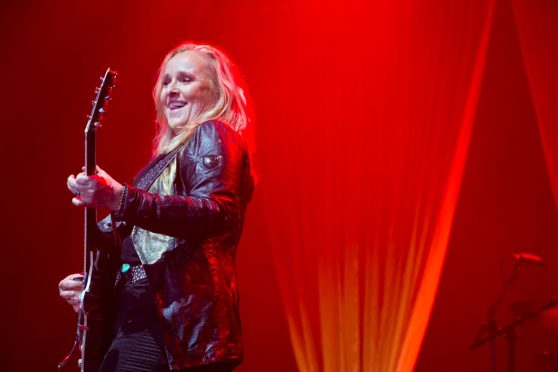 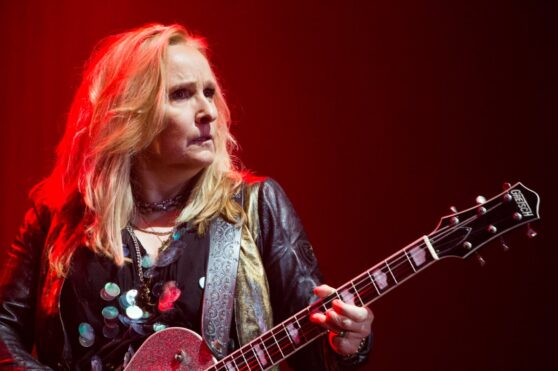 Melissa comes on just before 9pm and man she is powerful. The guitar she comes out with makes her look so small but by god, she knows how to use it. Her voice is very rustic rock and roll. Now, I am a naive youngin who doesn’t know many Melissa Etheridge songs. I was there for Sheryl. But seriously, when Melissa came out the crowd rushed to the front to dance. And they stayed there. She smashes it with “I shall believe”. Watching her rip some serious solos is so liberating. Chur girl.

Melissa knows her crowd too she knows “it’s nice to get out of the house”. Little does she know I was here five days prior breaking my jandals with every step due to the bogan juice everywhere.

So there are different types of audiences that involve different types of generations. And with each audience, there are types of hardcore and the fans here are hardcore. They are either hardcore dancing/standing wherever they can find a space, or they are hardcore concert sitters. Now I have and always will put myself in the dancing/standing category, but this concert was unbalanced with a lot of sitters. And they do not like a stander. Boy did me and wingman get a telling off for dancing too enthusiastically.

And although I didn’t know the songs, the atmosphere and Melissa’s badass skills made me wish I did. She really brought an energy to the crowd. And when she spoke to the crowd it was in mockery of herself – that it was her terrible love life that helped her produce some great music. And she reassures the crowd how she knows it was her music they listened to while they were stalking or living out tragic relationships. And the crowd laughs in agreement – maybe I should listen to her next time it happens to me!

Overall, these were two ladies that did not have to strut with costume changes to make themselves look appealing and sexy. The only changes they did were their instruments. It was a concert to relive some great times and for fans to appreciate the musicians that shaped their lives. It was a good way to end their tour of Australasia and bid them adieu!