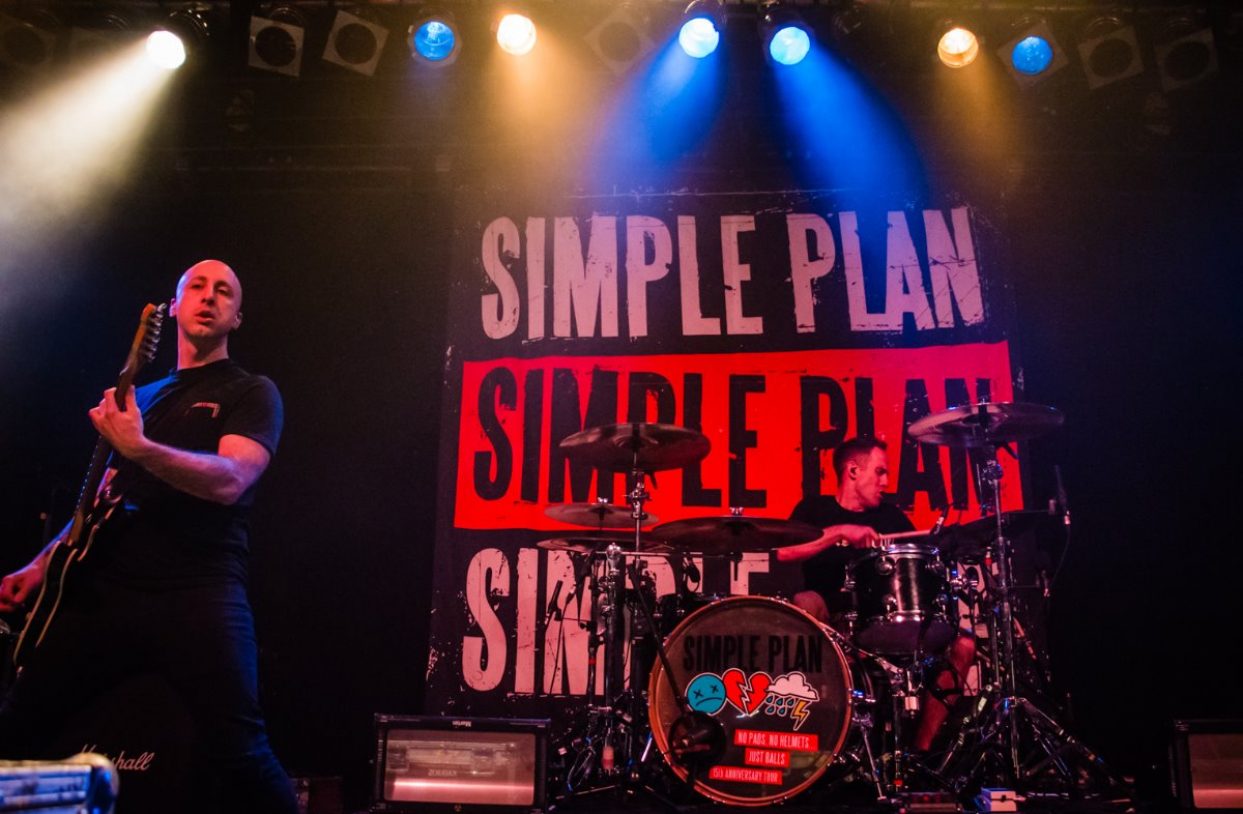 Walking up to Powerstation I never thought that the line was going to be down the street to see Simple Plan! It was crazy! But there was a fantastic vibe in the air, everyone was happy and energetic. This was going to be a great night.

Opening the night – and right on time should I make mention as well, were local Auckland band Ekko Park! With 2 album releases now under their belt they certainly sounded great and had the right personality to get everyone in the party mood. Playing for only half an hour they still managed to pack in 8 hit songs, and they were just that! It was the new band member, guitarist Alex Hargreaves, debut first performance at the Powerstation and she definitely contributed a fantastic rock sound. By now half the place was packed out and everyone was happily dancing along.

Vocalist Joe Walsh really knows how to work an audience, finishing off the brilliant set with another debut, a very catchy song called ‘Uh-oh’. Ending on a high, and after thanking everyone for allowing them the stage tonight, they were done.

After a half-hour interval the place was really starting to fill, we were charged for Simple Plan to kick off. While waiting the background was pumped music to keep everyone entertained, I’ve never seen an audience more happy to be listening to a CD than this! With bands such a Panic at the Disco, and Fall out Boy playing in between, there was hardly a single person not singing along or dancing. There was an electric vibe in the crowd, I wondered how were they going to react when Simple Plan hit the stage?

And then just like that, all the lights go out, every person is screaming and I think I’ve gone deaf!

With a flash of strobe lighting and an explosion of life, Simple Plan are on the stage with ‘I’d Do Anything’  – and the whole crowd is losing it!  Some around me are overwhelmed with tears seeing their favourite band live!

Vocalist Pierre Bouvier, was on fire. Bounding all over the stage with incredible energy. Getting up close with the people down front, pointing them out. The whole band were on fire tonight!

After an explosive opening and quite simply one of the most energetic crowds I’ve seen, I was looking forward to hearing them perform. After the first song they took a moment to say thank you for letting us have them play for their 15th-anniversary tour. As this was the only New Zealand show they too were overjoyed at how many people turned out to support them.

Onto the next song ‘Worst Day Ever’, barely a single person was not in full voice singing along with them. This was fantastic, and I began to feel like the 16-year-old me again, dancing along to the punk rock band! It was just epic to say the least.

Running through their set list, each song with as much energy and power as previous, I had to give them full credit. They must be incredibly fit to keep the intensity up, feeding on the crowd’s energy certainly must help. 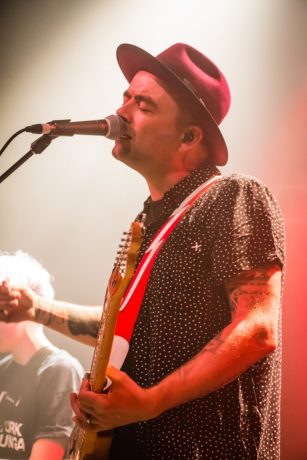 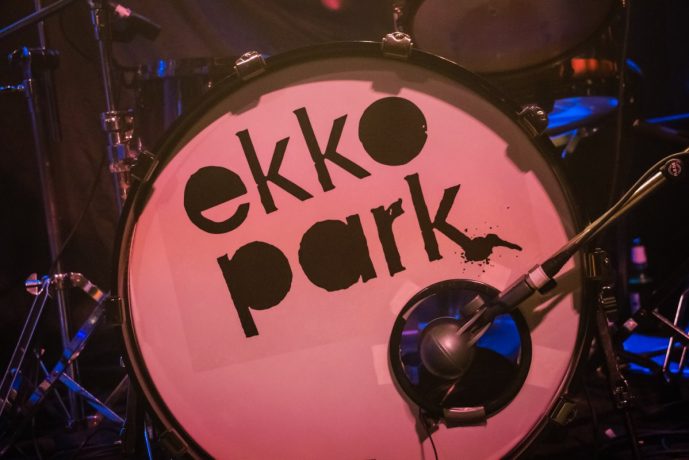 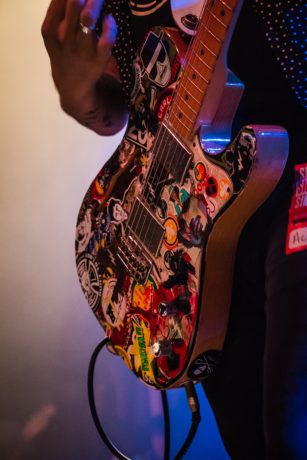 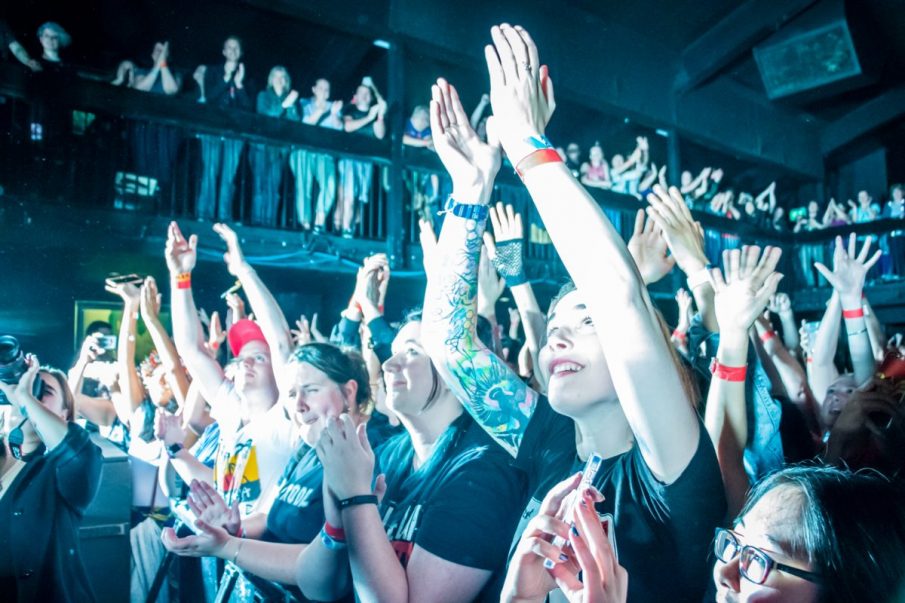 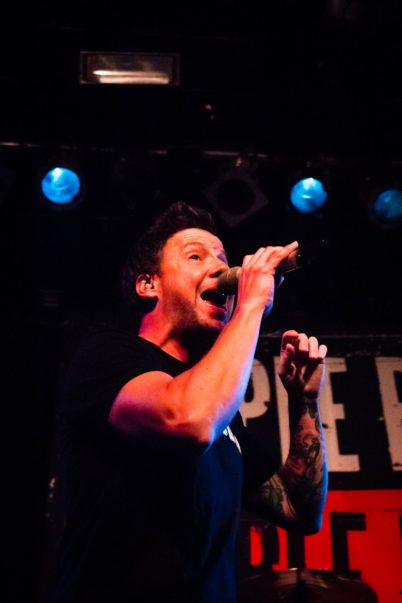 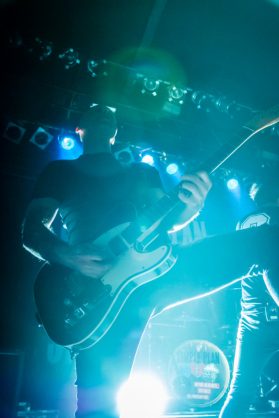 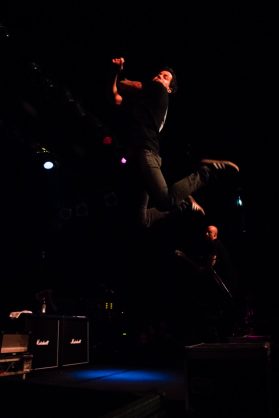 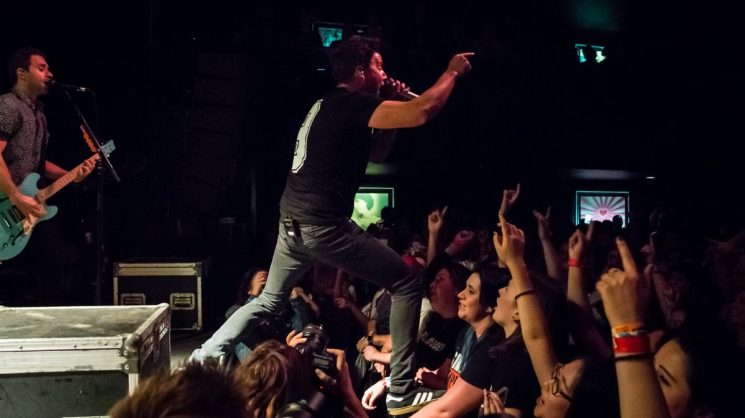 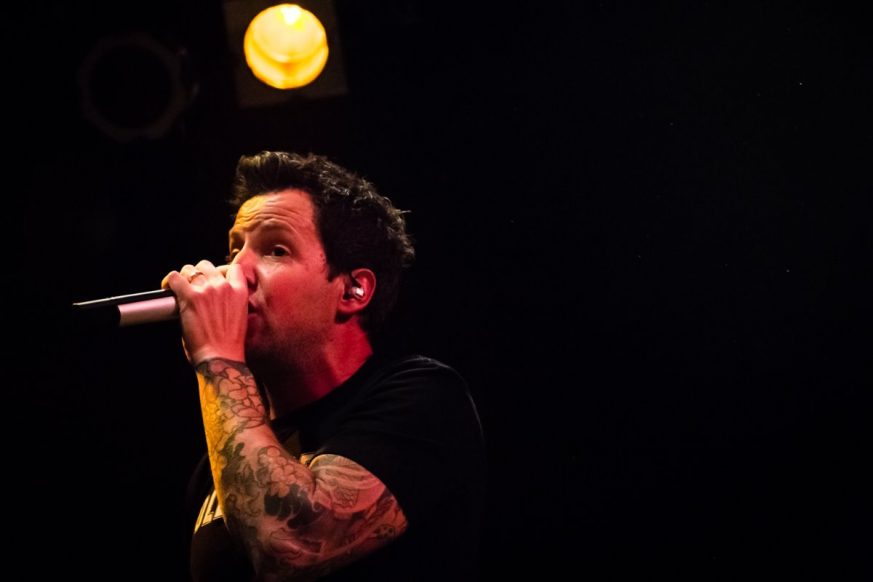 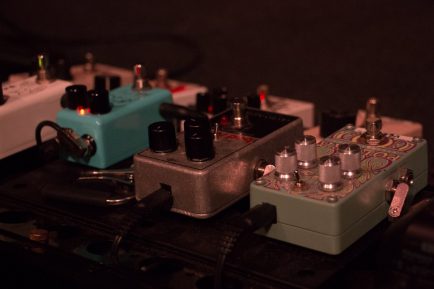 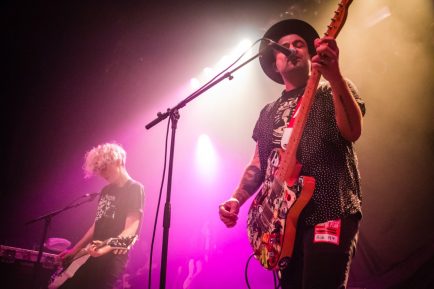 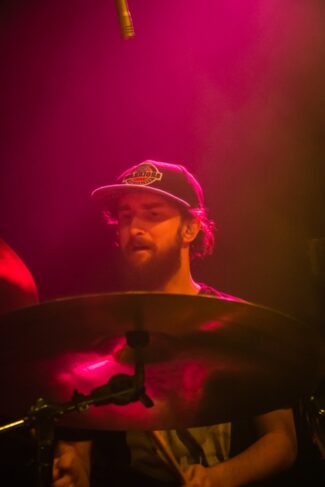 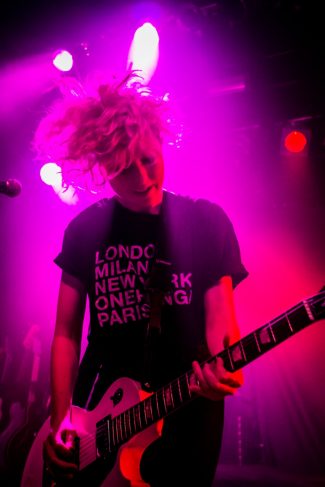 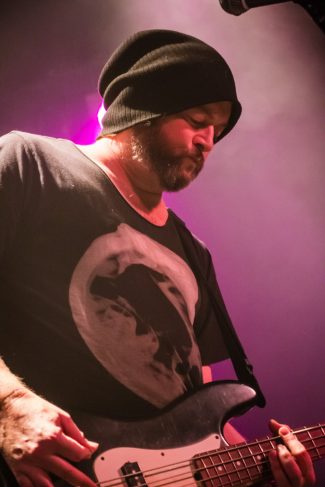 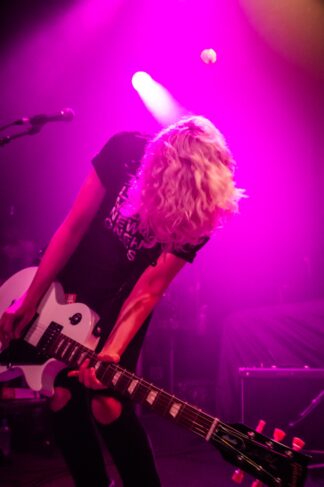 The band take a moment now to slow it down and chat with us all once again. This was literally the best New Zealand audience they had ever performed to, while taking the piss and attempting our kiwi slang ‘sweet az bro’, keeping everyone entertained and taking a moment to also apologise that they hadn’t been back sooner. Also not to mention that Pierre almost didn’t make it. Arriving at the airport with the rest of the crew, to realise he didn’t have his passport with him. Opps!! So he flew the next day, literally arriving this morning, just in time to be on stage with all of us!

Now realising they had slowed it all down, just enough, they needed to hype everyone back up again – and what better way to do this than with 3 massive black and white beach blow up balls. Into the crowd they went, and woohoo it was all on!

This was a fantastic setting to their song ‘Summer Paradise’. Once finished singing, however, the band still playing softly while Pierre autographed the balls throwing them all back in. Everyone turned somewhat animalistic as they all tried to grab the massive balls and keep as their own.

This was so much fun!

And as the night slowly drew to an end, what a better way to do it than to rock out to ‘Welcome to my Life’, with cannons of confetti to shot right into us making it quite the spectacular performance.

So many people not wanting the night to be over but in a flash, it was done.

I was beyond happy, and so too was every single person around me. And to make the night that much more entertaining, drummer David Desrosiers crowd surfed. Who even does that anymore??!! Literally best night of my life!

As they say their final goodbyes and thank yous, t-shirts they were throwing into the crowd as well as drumsticks, water bottles and anything else they had been using, it was a great way to finish off the show. Walking off stage for a well-deserved slice of pizza I’m sure, everyone slowly started to make their way out of the building left wanting more. A great way to finish the night.

Thank you Simple Plan for being simply amazing.