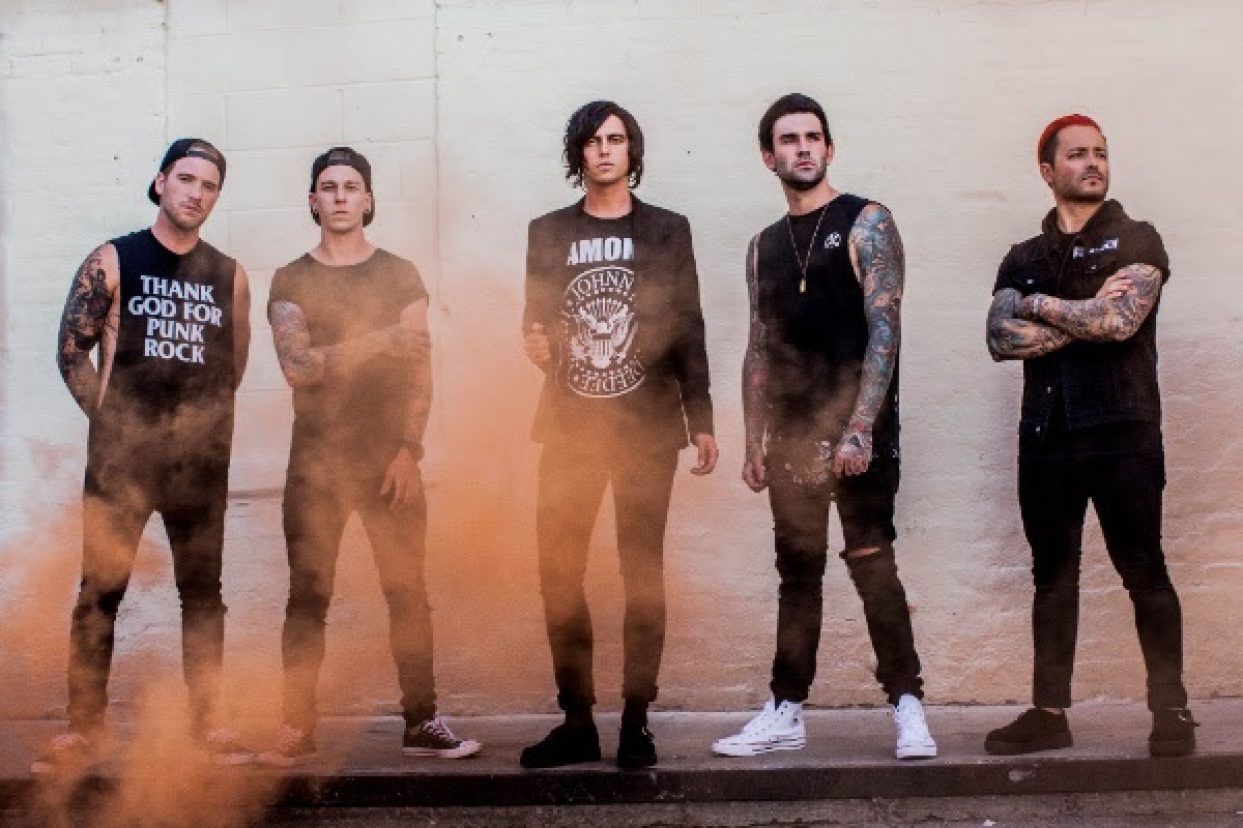 US rockers Sleeping With Sirens will play a one-off concert in Auckland at the Logan Campbell Centre on Sunday, April 29, 2018.

An MJR Presents show, tickets are on sale on Friday, December 8 at 9.00am fromwww.mjrpresents.com

Sleeping With Sirens will be joined by very special guests UK rock band Lower Than Atlantis and Aussie rockers Chase Atlantic, as well as Aussie newcomers The Faim.

Hailing from Florida, Sleeping With Sirens’ New Zealand stop-over comes in the midst of a worldwide tour on the back of the release of their fifth studio album, GOSSIP.

Now with a new label, GOSSIP is produced by David Bendeth (Paramore, All Time Low) and packed with catchy riffs and intricate beats. It reveals a new side to Sleeping With Sirens, but the band remains true to its rock origins with the unmistakable soul-stirring vocals of lead singer Kellin Quinn the focal point.

“As ever, the singular element that marks it as a Sleeping with Sirens album is frontman Kellin Quinn’s glorious tenor, which is pushed to new heights” – www.allmusic.com

[GOSSIP] “explores uncharted territory while remaining true to themselves. Those with open ears (and minds) will be rewarded with everything from bluesy undertones to pop sensibilities, while solidifying their rightful place in the rock world” – www.altpress.com

Quinn is joined on tour by Jack Fowler [lead guitar], Nick Martin [rhythm guitar], Justin Hills [bass], and Gabe Barham [drums]. Together the band has quietly pushed the envelope since the release of their 2010 debut, WITH EARS TO SEE AND EYES TO HEAR. Along the way, Sleeping With Sirens’ delicate one-two punch of towering melodies and tight musicality galvanized a diehard fan-base dubbed “Strays” as they sold a staggering total of 1.5 million albums worldwide.

2013’s FEEL bowed in at #3 on the Billboard Top 200 and boasted a stand-out collaboration with MGK entitled ‘Alone’. Its 2015 follow-up MADNESS went Top 15 and earned unanimous acclaim with The New York Times praising how it, “blends tender and anguished in equal measure.”

Along the way, Alternative Press named them 2014 ‘Artist of the Year at the Alternative Press Music Awards, awarded ‘Kick Me’ the 2015 Song of the Year, and touted them on its cover six times. They’ve also graced the main stages of some of the biggest festivals around, including Warped Tour, Reading & Leeds.

Don’t miss your chance to see Sleeping With Sirens, Lower Than Atlantis, Chase Atlantic, The Faim at Auckland’s Logan Campbell Centre next April.