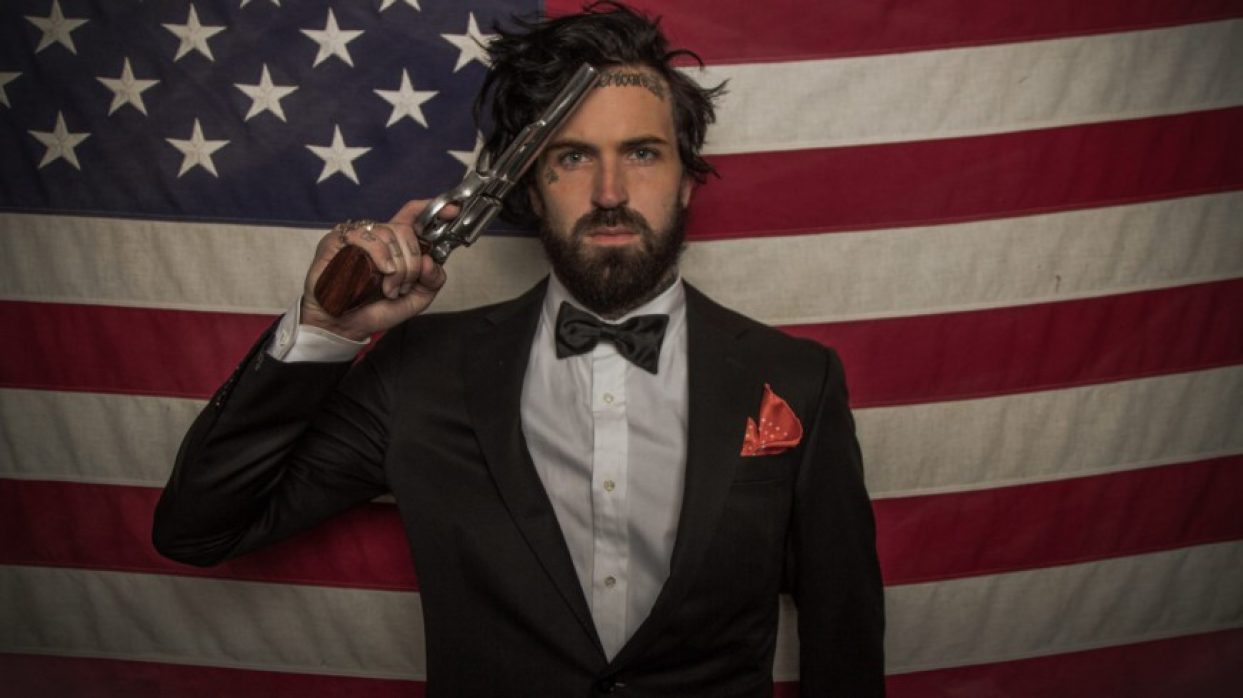 Alabama native, YELAWOLF announces his return to our shores this December. After a hugely successful tour in 2015, the hip-hop extraordinaire is back with two shows in Auckland and Wellington.

Yelawolf has seen it all; from living on the streets and working on fishing boats in Alaska, to turning the heads of top industry reps with a flurry of mixtapes and inking a deal Eminem’s Shady Records. The best way to describe Yelawolf is, expect the unexpected.

Born Michael Atha, Yela’s musical swagger can be traced back to the slang and spiritualism of his small hometown in Gadsden, Alabama. His captivating experiences as a cross-country vagabond equipped him with the evocative precision of a master storyteller. The pride in his southern background is in the forefront of his mind as he takes you on a sonic joyride across sample laden guitar licks and old classic rock cuts.

After years of riding waves of underground triumph with his mixtapes, Yela found commercial success with his 2011 breakout album, Radioactive. The album was his first release under the umbrella of ShadyRecords and took the world by storm with his rapid-fire delivery of detail from his fascinating upbringing through a truth-telling lens. His 2015 follow-up record continued to propel him upward with Love Storypeaking at number 3 on the Billboard Top 200.

His third full-length, Trial By Fire out this Friday, is one of the most hotly anticipated albums of the year. If the single ‘Punk’ featuring Travis Barker and Juicy J is anything to go by, expect more of the rustic, melodic, southern-swing hip-hop we’ve all come to love of Yelawolf.

Come along and check out the most illustrious and unique voices in hip-hop for yourself this December.