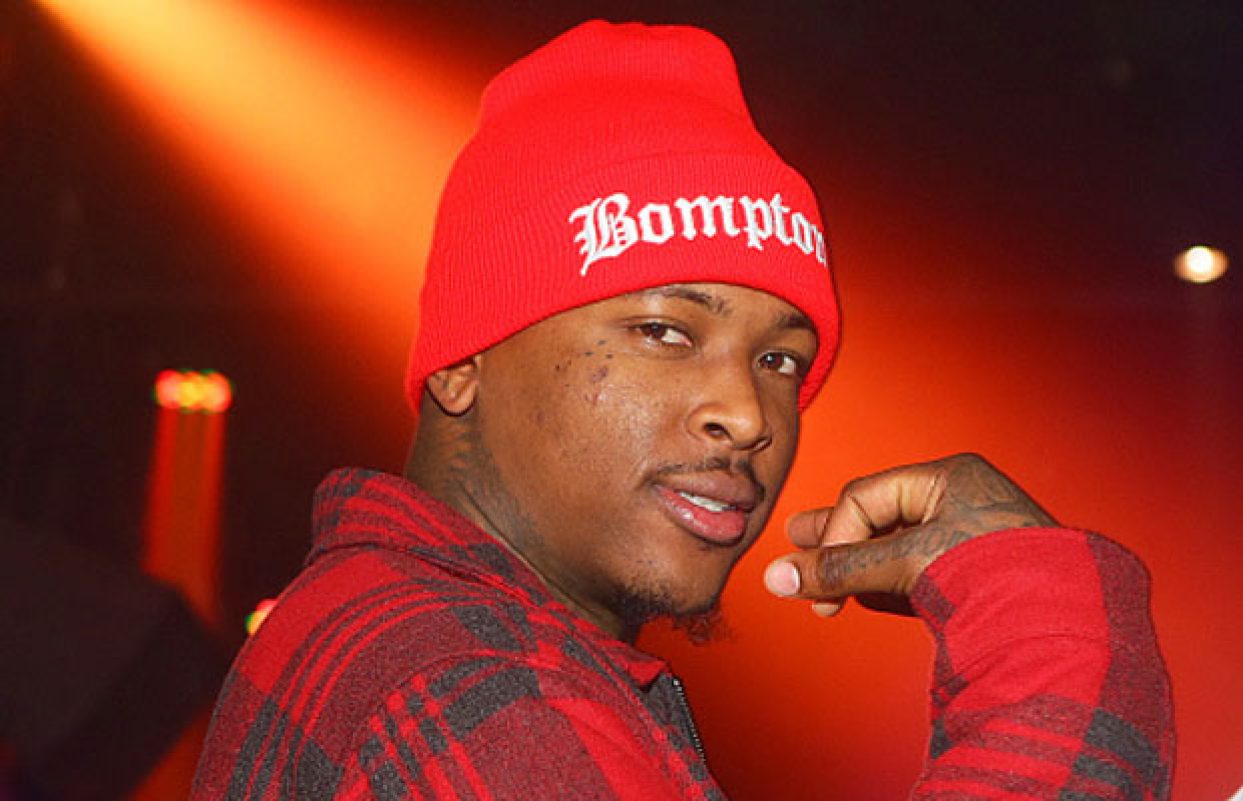 Rapper YG has been described as a “torch-bearer for West Coast gangster rap.”. The heavily tattooed YG (young gangster) straight out of Compton, California finally made it to our shores and the wait was worth it.

Ok, so the “I give you permission,” to say “nigga” and also a shout out to all the ladies to shake what “their mamas gave them,” does run thin, but this is the life the Compton thug portrays in his music, its as graphic as it is poetic.

Running through his songs like a runaway freight train, YG with DJ Vison & hype men accompanied continued to woo the crowd with hits off his debut My Krazy Life, while singles BPT, Who Do You Love? and Twist My Fingers were given the full YG brazy treatment.

The packed crowd had to wait until the end to sing-a-long to smash hit Fuck Donald Trump, his pre-election prophesy song with L.A. rapper Nipsey Hussle hitting a tune with the punters, while his song Why You Always Hatin’ one of the more popular of his tunes, was a crowd favourite.

He touched on his recent visit to Australia as the rapper who was shot last year in his studio, grimaced his way on the stage, the only niggle was that his set was too short. As quick as he had taken the stage, he exited with DJ Vision following up to keep the music flowing.

It’s been a long wait to see one of Rap’s best performers, he ended the concert as he started, mic in hand as he exited the stage in red lights, his reputation intact and still brazy.