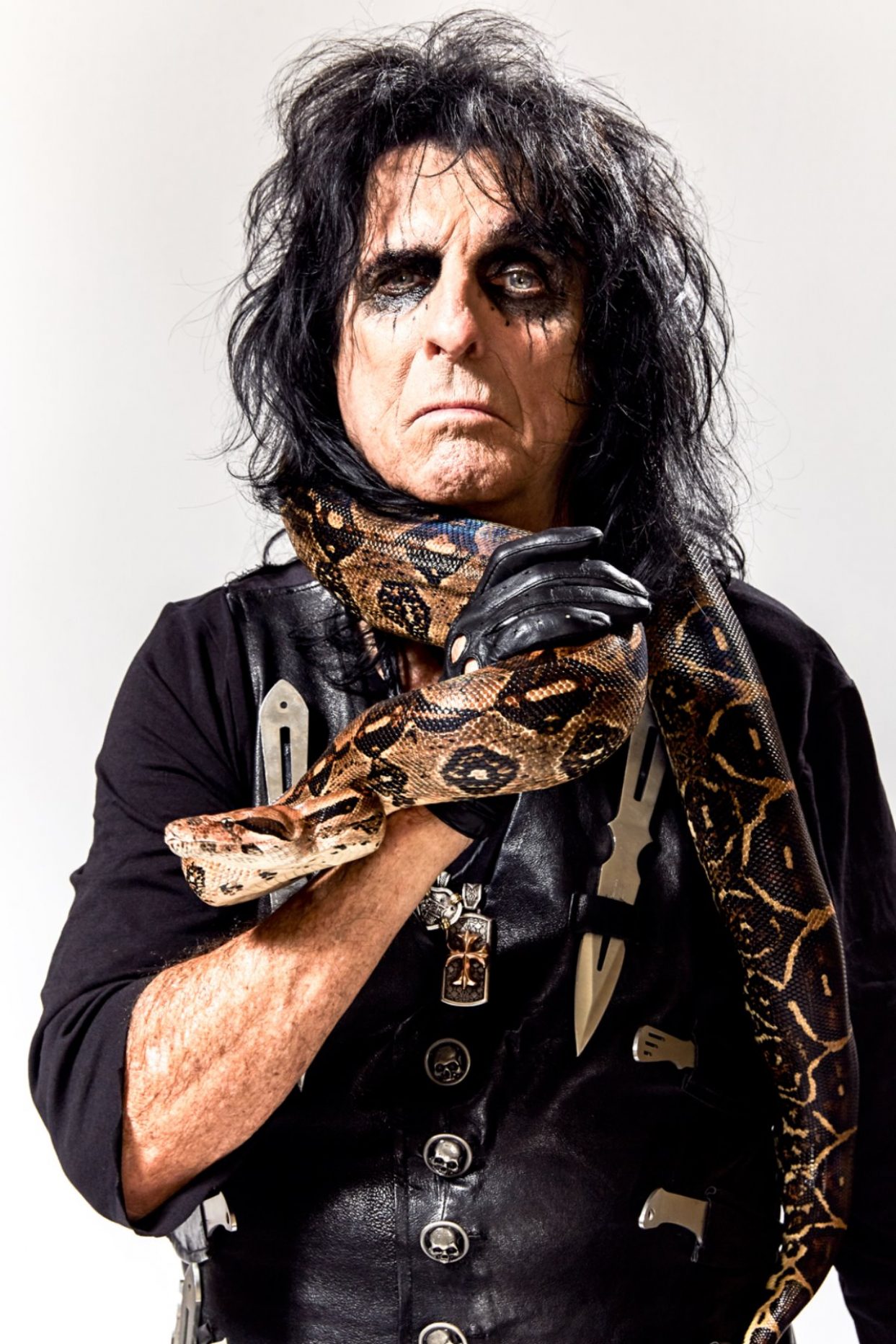 It was March 1977 when Alice Cooper, the architect of shock-rock, undertook his first-ever concert tour of New Zealand – and broke attendance records.  40 years on and this revered entertainer continues to surprise and exude danger at every turn, thrilling audiences globally!

Fans will be delighted to hear that Alice Cooper will return to our shores this October for two New Zealand shows as part of his ‘Spend The Night With Alice Cooper’ World Tour. In what is sure to be rock event of the year, Alice will be joined by the original KISS “Spaceman” Ace Frehley, as Very Special Guest.  The pairing of Alice and Ace brings together these highly respected icons of rock and roll!

The two New Zealand shows, Friday October 27 at Auckland’s Trusts Stadium and Saturday October 28 at TSB Bank Arena Wellington, will showcase an immense body of work across the catalogues of both artists.

Alice Cooper pioneered a grandly theatrical brand of hard rock that was designed to shock.  Drawing equally from horror movies, vaudeville, and garage rock, the group created a stage show that featured electric chairs, guillotines, fake blood and boa constrictors. He continues to tour regularly, performing shows worldwide with the dark and horror-themed theatrics that he’s best known for.

Alice’s catalogue of hits and anthems, including “I’m Eighteen”, “No More Mr Nice Guy”, “School’s Out”, “Elected”, “Poison”, and others, are featured in his live show, along with a mix of newer songs and fan-favourite album cuts. Alice’s touring band features the three guitar attack of Nita Strauss, Tommy Henriksen and Ryan Roxie, backed by longtime bassist Chuck Garric and drummer Glen Sobel.

In Australasia Alice Cooper has topped the charts with songs like “Department of Youth”, “You and Me”, “Poison”, “School’s Out”, “Clones”, “How You Gonna See Me Now”, “Welcome To My Nightmare”, “Only Women Bleed” – a universally treasured song celebrating women’s rights and anti-domestic violence covered by both John Farnham and Tina Arena – “Billion Dollar Babies”, “No More Mr Nice Guy” and so many more.

“Nights With Alice Cooper”, Alice’s nightly radio show, is available on The Sound in New Zealand and in nearly 100 cities in Australia, the US, Canada and the UK. The five hour long show features his favourite classic rock songs along with his insider anecdotes about many of the artists.

With his influence on popular music long since acknowledged, his place in the Rock and Roll Hall of Fame secure, and with multiple gold and platinum albums, sold-out tours plus countless honours and career achievement awards, there is little that Alice Cooper hasn’t accomplished in his remarkable career. He has spent almost 50 years touring the world, releasing 26 Studio Albums, has sold more than 50 million albums in the US alone, and is an entrenched, multigenerational pop culture legend.

Alice is showing no signs of slowing down at all, announcing tour dates all through the US, Europe and Japan, all whilst working on a brand new album with long-time producer Bob Ezrin.

This will be Alice’s (lucky) 13th tour of New Zealand and he’s excited about what fans can look forward to.

Ace Frehley is a founding member of KISS, a musical maverick and iconoclast adored by millions of fans around the world. Ace played on the classic KISS albums from 1983 to 1992 before reuniting with the band from 1996 to 2001.  Ace was responsible for many of the band’s biggest hits including “Talk To Me”, “New York Groove”, “2,000 Man”, “Rocket Ride”, “Shock Me” and more.  Like Alice, Ace is also a Rock and Roll Hall Of Fame inductee, and has influenced hundreds of bands and inspired guitar players of the ilk of Tom Morello and Dave Grohl.

Frehley and KISS took the music and make-up concept to a new high, debuting in 1973 – Alice Cooper was present at their first showcase, stating to the media “what these guys need is a gimmick!”. Ace’s most recent album, “Origins Vol 1” saw Ace collaborate with everyone from Slash to former band mate Paul Stanley – the latter reuniting on record with Ace for the first time since 1998. Ace’s impact on popular music is immeasurable, and he continues to be the best selling member of the original KISS line-up.

“I have been friends with Alice since the 70s, but I’ve never had the pleasure of touring with him!  Our tour of Australia and New Zealand in October this year will be a major Rock & Roll event down under and leave all our fans with big smiles and wanting more! I can’t wait to hit the road”, says Ace.

Ace Frehley will perform a 60 minute set of hits from his career in and out of KISS – and of course, he’ll be bringing the smoking guitar!

Tickets will be available to the general public at 9am Friday 28 April via www.ticketek.co.nz

“Cooper did all of this before Marilyn Manson and Slipknot – and he’s still doing it better.” – NZ Herald, May 2015.

“The only trouble with having Alice Cooper as your opening act is he will blow you off stage … and he did. No-one out performs Alice Cooper.  One of the greatest rock shows on Earth. It is definitely the most theatrical and entertaining rock show you will ever see.” – Noise 11, May 2015.

“Alice Cooper steals the show on Motley Crue farewell tour” – The Australian, May 2015

“Alice Cooper’s always made your ears bleed and your eyes freeze wiiiiiide open with terror. It’s why he was inducted into the Rock and Roll Hall of Fame in 2011, and it’s why Alice Cooper remains one of the biggest live performance cannons in any genre of entertainment.” – Alice Cooper Raise the Dead Live From Wacken

“He’s the psycho killer in all of us, he’s the axe murderer, spoiled child, the abuser, the abused. He’s the victim, he’s the perpetrator, the gunslinger; he’s the guy lying dead in the middle of the street” – Bob Ezrin (Producer for KISS, Pink Floyd, Deep Purple and Alice Cooper’s great albums from 1971 onwards)

“He’s the perennial fuckup and underdog, but we want him to win – and tonight he does. Let’s face it, no one feels that way about Gene Simmons.” – Collide Magazine

“The icon. the legend. The spaceman.  There’s only one Ace Frehley.” – Sydney Morning Herald

“After finally seeing him live, I think it’s time that KISS should drop the ‘You wanted the best, you got the best…’ intro and pass it on to Ace forever.  None could quite top Frehley, he just oozes charisma and style.” – The Dwarf

“Ace Frehley came through on a promise he made myself and fellow attendees of last night’s gig at The Metro in Sydney … that being to kick the derriere of all in the room with his sonic assault.” – Hawkesbury Gazette